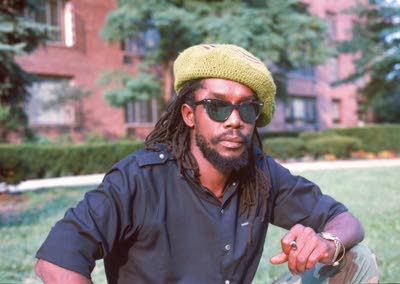 From the revolutionary title song to its bold album jacket, Peter Tosh made a statement with Legalize It, his landmark debut album which was released in the United States 40 years ago yesterday.

Distributed by Columbia Records,Legalize It was a sensational call for global legalisation of ganja. It is regarded as one of the great protest albums and the fiery Tosh’s signature work.

In a May 2003 interview with the Jamaica Observer, Lee Jaffe, an American who was instrumental in signing Tosh to Columbia, said the singer/songwriter was eager to make an impact with his first album.

“He had written a song, Legalize It, and I felt that from an American point of view that was a big issue (ganja legalisation) and would draw a lot of attention,” Jaffe recalled.

Tosh was among thousands of Rastafarians in Jamaica who were either harassed or prosecuted for smoking the weed. Indeed, Bunny ‘Wailer’ Livingston, his colleague in The Wailers, had been jailed in the late 1960s for ganja possession.Production on Legalize It began at the Treasure Isle studio in West Kingston in 1975. The first songs recorded were

Why Must I Cry, Whatcha Gonna Do, Burnin’ and Till Your Well Runs Dry.

In addition to the title song, Burial, Igziabeher and Brand New Second Hand were potent tracks. The album’s jacket, showing Tosh in a ganja field in Bluefields, Westmoreland (his native parish) also created a stir.

The New York-born Jaffe, who first met Tosh in the early 1970s, took the photo. He said Columbia executives were initially apprehensive about it, but eventually approved the controversial cover.

In 1977, Equal Rights, Tosh’s second and final album for Columbia, was released. If Legalize It announced Peter Tosh as a talented firebrand, the follow-up confirmed him as a bona fide star.

Legalize It and Equal Rights were repackaged and reissued by Columbia in 1999 and 2011.

Tosh was murdered at his St Andrew home in September 1987 at age 42.