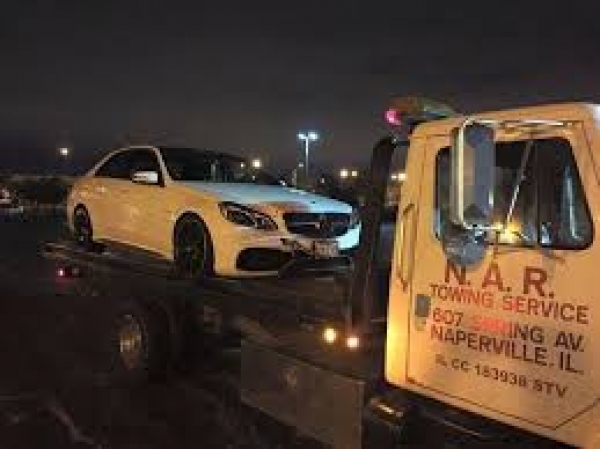 Word on the street is that Ishawna has lost her white Benz that was gifted to her by Down Sound Records chief executive officer Josef Bogdanovich. Apparently, bailiffs have seized the car as the company has moved to secure its assets from the estranged Restraining Order singer who dissolved her management and recording contract with the independent label three weeks ago.

“Mi did think say Ishawna did smarter than that, how she never have the Benz inna her name but ah so Down Sound move, everything buy inna the company name,” one person tweeted on social media as the rumour raced over the city that Ishawna’s Benz was spotted on a wrecker.

In 2015, there was much excitement on social media regarding the white Benz that was gifted to dancehall artiste Ishawna. A few months later,   the vehicle has been seized by the courts, among several items handed over to the relevant authorities. The Benz was eventually returned to her, but there appears to be more drama in the offing as ishawna could be caught up in legal entanglements as it relates to breach of contract from her no-show at Reggae Sumfest and her booking deal with DSR.

Last week, CEO of the label Joe Bogdanovich confirmed that the ‘Restraining Order’ singer’s legal team has served him with papers for her to break her contract.

Ishawna is currently under an exclusive recording and performance contract with DownSound Records Limited, however reports started circulating last week that she severed her ties with the label.

Joe then responded with a press release stating that her contract was still binding. The situation then reached another low when Ishawna failed to appear at Reggae Sumfest 2016, Bogdanovich’s lawyers are currently looking into that issue.