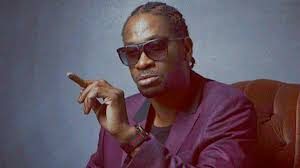 THE 35th International Reggae and World Music Awards (IRAWMA) is slated for Coral Spring Center for the Arts in South Florida on October 2.

Event founder Ephraim Martin said the occasion will be a milestone in more ways than one.

“The upcoming IRAWMA will be the 100th staging of awards events that I’m involved with. I’ve done 35 years of Chicago Music Awards, 24 years of Africa Caribbean International Festival of Life, and six years of the Caribbean Festival. I’ve been contacted by the Guinness Book of World Records as well as a number of newspapers in the (United) States. So I’m hoping to make a statement,” he told the Jamaica Observer from his Chicago base yesterday.

Martin said despite the hurdles associated with staging the annual ceremony, the IRAWMA is a very important event.

“Everybody has a music awards R&B and country. So reggae, which has impacted the world, has to have some form of recognition. Somebody has to show care,” he said.

Martin shared some insight on this year’s nominations, which were released a week ago.

“There are some newcomers nominated in some of the categories and this year we’ll have more involvement of world music acts. So there’ll be performances from Haitian and Latino groups in addition to the reggae acts,” he said.

Voting is scheduled to end on September 8.

Established in 1982, IRAWMA acknowledges the accomplishments and contributions of reggae and world music artistes, songwriters, performers, and promoters.