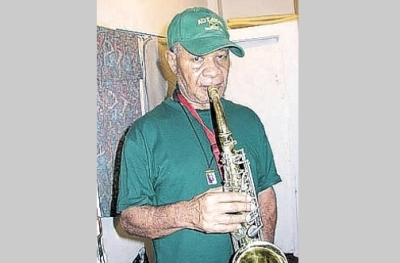 His daughter Carol Bennett did not give an official cause of death, but said Bennett had suffered from high blood pressure and was recently diagnosed with prostate cancer. She said he died Sunday.

A graduate of the famed Alpha Boys School in Jamaica’s capital of Kingston, Bennett was a contemporary of saxophonist Tommy McCook and trombonist Don Drummond, both reggae pioneers.

He was a session musician at producer Leslie Kong’s Beverley’s Records in 1962 when 16-year-old Robert Nesta Marley recorded “Judge Not,” a ska song. That year, Bennett also played on “Hurricane Hattie,” the first hit song by 14-year-old James Chambers, later known as Jimmy Cliff. It was also produced by Kong.

Bennett later played on numerous hit reggae songs by Bunny Wailer and Gregory Isaacs. He was awarded the Order of Distinction, Jamaica’s sixth highest honour, by the government in 2005.

Bennett is survived by a brother, two children, four grandchildren and two great-grandchildren. No funeral arrangements were announced.