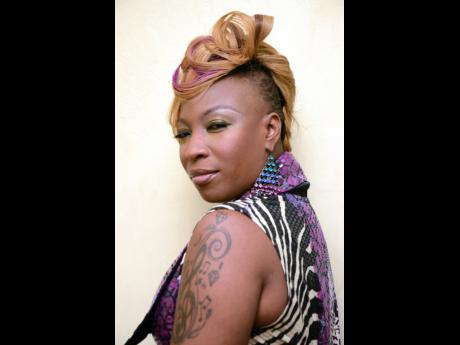 Dancehall star Macka Diamond is getting rave reviews for the video for her popular counteraction to Dexta Daps’ Chinese Jordan.

“The song is doing well, it is getting a lot of play on the radio, and it is playing in clubs in Panama, Belize, Columbia, the USA, as well as the Caribbean islands. The feedback has been excellent,” she said.

The Chinese Jordan counteraction video has been generating a lot of heat on social media, with some fans praising the track on Macka Diamond’s YouTube and Instagram accounts. The single, which was released on April 18 online, has sparked a lively debate.

Macka Diamond recently performed at a show at the Shades nightclub where she got numerous ‘forwards’ for her hit songs such as Hula Hoop, Dye Dye, Bun Him and that perennial favourite, Cowfoot. In fact, there was a moment during her performance when Japanese dancer Kiss Kiss held the mike and declared that “Jamaican man have the best cowfoot”. This remark was greeted with much glee and howls of delight by the men in the audience.

Macka Diamond is also doing well on radio with brilliantly delivered Shake on the ‘Minx’ rhythm.