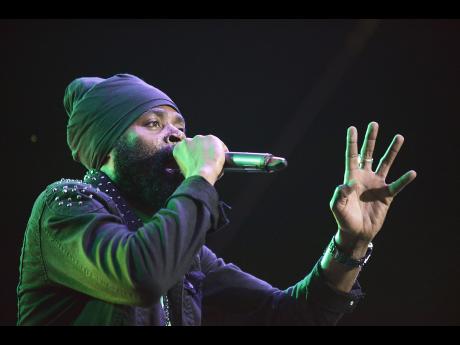 Recording artiste Bugle has lashed out against fellow entertainers who have apparently subsituted the making of good music for skin bleaching.

Bugle also pointed out that Vybz Kartel did not use skin bleaching to enhance his career, but had already developed a reputation as a lyricist before the physical changes came into play.

“Bleaching and tattoo is not talent, a dat mi wah tell dem so focus pon yu talent. Because nuh matter how yu look, if yu don’t have the talent, yu not going to last in this. A nuh bleaching and tattoo mek Vybz Kartel is who he is,” Bugle said.

“Before Vybz Kartel did that to himself, he had done 10 years in the music industry, but dem youth here not looking on it like that. They are saying this is what is selling so I am going to sell anything that people are buying,” he added.

Bugle, who targeted the skin bleaching artistes during his performance at the recently concluded Pepsi Refresh Tour, believes dancehall is changing for the worst.

“Mi believe inna lyrics. Dancehall reach the stage where a man just come pon stage wid him bleach-out face and tattoo and expect to get forward. But you have to understand that if you don’t win the heart of the people you don’t win them at all,” Bugle said.

The No Compatible singer broke down his appreciation for good lyrical content to THE WEEKEND STAR.

“It’s like vitamin so me consume what is good for my body. If I must use food as a comparison, most people feed them taste buds instead them body and it’s the same thing with the music. Some of these artistes go for the hype instead of doing the real thing, but they must know that hype gives you a quick exposure but the real thing lasts forever.”

“That is why none of us as artistes that buss after year 2000 can work after Beres Hammond at any show anywhere on the face of the Earth. Why is that? Because of the type of music that Beres Hammond does. It’s the substance which is in the music that makes it last.”

“I try to make sure that anything that comes out of my mind can teach somebody, something, and can live with you and resonate with you. You can also play it to your son and little daughter and don’t have to pause anything,” he said.

Bugle recently opened his own recording studio and has released a rhythm compilation titled Kick Off, which features several top artistes.