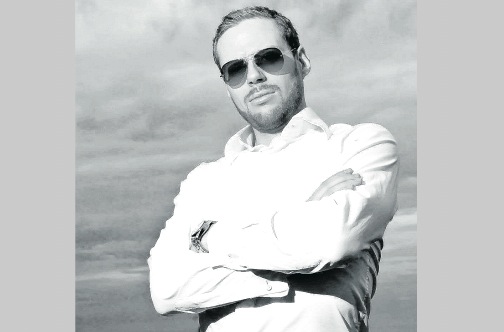 Blender spoke to Splash about the song’s success, particularly in the United Kingdom.

“Since the song is featuring one of the hottest current artistes with Justin Bieber, I expected some kind of attention, but to debut straight to number one in such a big and important market really blew my mind. The resonance is insane,” he said.

Cold Water is the fourth UK number one for Bieber and first for Major Lazer. Blender is credited as co-producer for several songs on

Jr Blender, who is in his 30s, started out as a selector in 1995, playing on sound systems like Supersonic, before moving into music production.

Born Philip Meckseper, he was raised in the city of Hamburg. From an early age he was influenced by the music of Bounty Killer, Garnet Silk, Luciano, Buju Banton, and Sizzla.

“While growing up, my older brothers and friends of mine were running some of the first reggae sound system parties in my town. I was instantly hooked onto the voices of some of the major reggae and dancehall stars of the day,” Blender told Splash.

His foray into music production came through reggae remixes of pop songs by Jamaican and European artistes.

Blender has worked on songs such as Smile Jamaica by Chronixx;

Dreams of Brighter Days by Busy Signal and RC; and Vybz Kartel’s

Blender’s credits also include Major Lazer’s worldwide hits Light it Up featuring Nyla and Fuse ODG, Powerful featuring Ellie Goulding and Tarrus Riley, andmLean On featuring MO. He recently did an extended remix of the The Message by Bunji Garlin and Damian Marley.