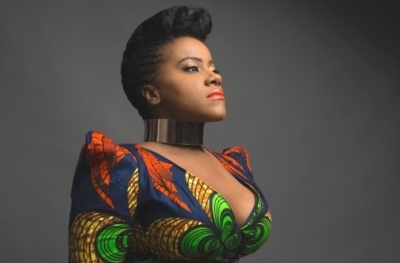 COSMETIC surgery is a growing trend among women. However, reggae singer Etana has come out blazing against the practice in her latest single The Way I Are (Natural Woman).

“We don’t need to try to fit into narrow stereotypes of how a woman should look. We should not objectify ourselves to please men. So we’re going to create a dance video for women, appreciating the way they are for

The Way I Are; it is a celebration of culture, ethnicity and womanhood,” she said

Released in June, The Way I Are is produced on the Freemind Music.

“We are going to do an official video to further promote the song using images from the dance video as well as images of me performing the song,” she continued.

Stines is the founder of 32-year-old dance troupe, L’Acadco.

Etana (given name Shauna McKenzie) won Female Vocalist of the Year, Song of the Year for I Rise, and the Marcus Garvey Humanitarian Award for her charity work at last year’s International Reggae and World Music Awards. She is known for hits including I Am Not Afraid, I Rise, Wrong Address and Better Tomorrow.