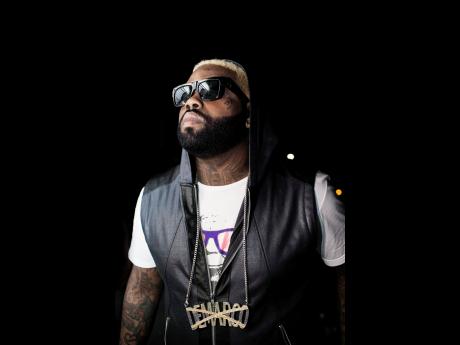 The streets are talking about Demarco’s hard-hitting new single, ‘Wussah Dead to Me’, which takes shots at Mavado and Alkaline for throwing shade at the ‘Worl’ Boss’ Vybz Kartel on their track, ‘Dead To Mi’.

Dancehall selectors have been dropping the song at weekly street dances all over the island.

The single has not been officially released yet, but a rough mix has been leaked online. The song will be official mixed and released next week, given the tremendous interest in radioland and online. The streets have responded well and are backing Demarco on his crusade to defend the ‘Worl’ Boss’ name. Demarco said that the song is setting the record straight in the world of dancehall.

“The streets know what time it is. I am just setting the record straight because dem cross the line. Bun Up Gang and Gaza Nation know the real truth, so the world need fi recognise what a gwaan as well, that’s why mi do the song, dem a try diss the Gaza boss unda style,” an upset-sounding Demarco said.

On YouTube, one user commented: “A long time Demarco a big up #Addi an from “such man” did come out an dis all a de artiste dem, some a dem run him”.

Another chimed in: “Big up Demarco di man sey gaza longtime, u wah knw di waggonist dem ina Ja??? Check Alka fans … a jus tru dem nah go talk a who dem use to listen before … as a new artiste come pon di seeeen everybody tun ac, handheld fan and standing fanz … All if no artiste tek #1 spot kartel a still di boss cz a him mek dancehall into wat it is now,coming from basic styles n abc rhymes.”

One Facebook user commented: “Although mi did a bring Masicka. Mi feel say a Demarco have that package fi conquer dancehall a way.”