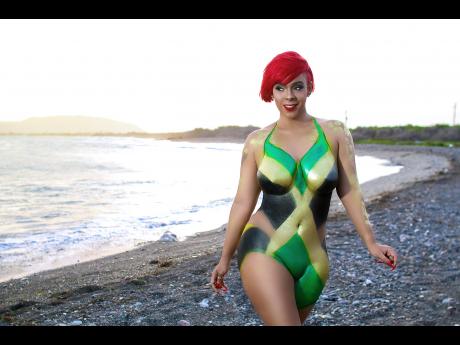 The controversial deejay not only released the audio for the new record, but also revealed images from a new body paint photo shoot, which are also dedicated to Bolt and Team Jamaica for their triumph in Rio de Janeiro, Brazil. 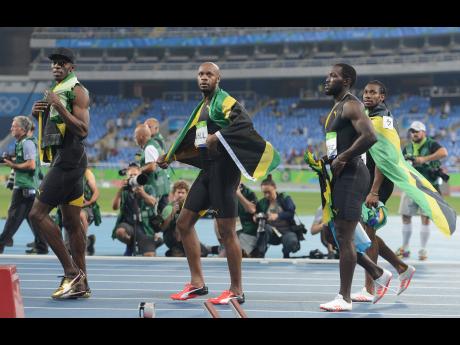 The Rio inspired version of Class sees the Sly and Robbie protege chanting lyrics, which praise the team’s effort in Brazil. The accompanying images see Danielle DI once again using her body as a canvas. This time, however, for the display of the colours of the Jamaican flag.

“I would love to go on the highest mountain and sing about Usain Bolt and about Team Jamaica for a lifetime. How can we not recognise such greatness? When will we see another athlete like this again. He has done such an amazing job throughout his entire career,” Danielle DI told THE STAR.

Bolt, 30, became the first track athlete at the Olympics to compete the triple triple when he won the 100 metres, 200 metres, and anchored Jamaica’s sprint relay team to gold. The Trelawny native first won all three gold medals in Beijing, China, in 2008, and repeated the feat in London in 2012.

“I believe that he has two more Olympics in him. He is in a class by himself and he is the golden boss so it’s only natural for me to sing a song for him. It’s not even only just about him, but the entire Team Jamaica … that song is just about my highlight of Rio 2016. Elaine Thompson, Shelly-Ann, Omar McLeod I lift my hat to them. It was just something I felt I need to do because of the importance,” she said.