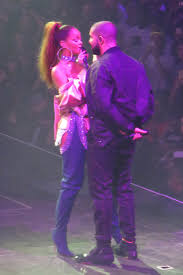 The influence of dancehall on mainstream music seems to have reached a tipping point this summer. But what does that mean for the Jamaican recording artists who are its creators?

“Controlla” and “One Dance” by Drake, Rihanna’s “Work,” Sia’s “Cheap Thrills,” Major Lazer’s “Light it Up” and Justin Beiber’s “Sorry” are some of the biggest hits of 2016. What they have in common is that in one way or another, they all source Jamaican dancehall. Isn’t it a good thing for Jamaican culture that dancehall rules the charts? Not according to some critics, who claim that it’s not being properly credited by the artists benefitting from it. More importantly, Jamaica’s dancehall recording artists are not enjoying any of the success.

Major Lazer and Sia seem to have escaped scathing judgement, probably because “Light it Up” significantly features Jamaican artist Nya, while her country-man Sean Paul is a prominent guest vocalist on “Cheap Thrills.” However, other examples are not so clear cut.

Defenders of dancehall were incensed when a Rolling Stone magazine review of “Work” mentioned nothing about the song’s Jamaican roots, instead describing it as something called “tropical house.” Parris Goebel, the choreographer for the “Sorry” video, was criticized for not admitting that the dance moves she devised were pure dancehall. And on Drake’s album Views, he prominently features dancehall sounds, even sampling two high-profile Jamaican dancehall stars: Beenie Man on “Controlla” and Popcaan on “Too Good.” Mr. Vegas, a successful Jamaican dancehall artists, attacked Drake online saying that Beenie Man and Popcaan deserved a feature credit and that each of them should have been given a more substantial role on the tracks that sourced their samples.

“On the records that Jamaican artists are sampled, no one even sees their names,” he says. “If you were really into the culture and into the artists, at least you would have put some respeck on [their] names on the album.”

Those assessments have all been associated with cultural appropriation – a dominant majority exploiting the culture of a racial minority. In essence, it’s about the powerful taking over the culture of those with less power. But is that really what’s at play in Rihanna’s “Work,” which Rolling Stone was wrong to dub “tropical house?” As an artist from Barbados, Rihanna’s work has often infused reggae and dancehall, the music of her homeland’s English Caribbean sister nation. The Caribbean, and specifically the English Caribbean, is a close knit family of island nations where calypso, reggae, dancehall, cricket, track and field, cinema and literature all form part of what we call Caribbean culture. Very few Jamaicans will have a problem with Rihanna fusing dancehall into her music. The same logic works for artists of Caribbean heritage living in cities like Toronto, New York or London. Dancehall, though invented in Jamaica, is not just a Jamaican thing, it’s a Caribbean thing.

Of course it’s problematic that Goebel failed to name the inspiration for the choreography in Bieber’s “Sorry” video and tried to pass it off as her own. What complicates that scenario is that Goebel is a New Zealander of Samoan heritage, which makes her a racial minority. Does that mean this can also be labelled appropriation? Regardless, it’s an oversight she’s since sought to correct.

“If you know me personally or have worked with me before you will know that I LOVE dancehall. A lot of my routines before Sorry have been inspired by dancehall, you can see all over YouTube,” she told the New Zealand Herald. “Just know i have the most respect and love for Dancehall and I am sad to think people think I am using and stealing, which I am NOT.”

Mr. Vegas’s video rant alleging Drake’s cultural appropriation is also problematic, since Beenie Man and Popcaan both received songwriting credits, with their names being mentioned again in the credits detailing the use of their samples. Vegas’s disappointment with the artists not getting the more prominent feature credit is understandable, but does it have anything to do with exploitation or appropriation? Not when you take into account the response of the “victims.” Popcaan comes out clearly in defence of Drake.

“Don’t try to violate my brother now. You don’t know anything about Unruly or OVO,” he said in a video response, referring to both his Unruly label and Drake’s OVO. “You don’t need to defend Popcaan,” he said. “OVO Unruly, we don’t need your help.”

For his part, Beenie Man articulates a full approval of how his contribution to “Controlla” was handled, and was slotted to perform on Saturday night in Toronto as part of Drake’s OVO Fest before immigration issues prevented him.

Drake’s use of those credited samples can best be described as creative borrowing. They are applied like seasoning to add dancehall spice to his music. It seems he and his producers may not have wanted that spice to be overwhelming, which is, of course, their choice. All musicians, singers and MCs are subject to influence, allowed to adapt from other music and engage in creative borrowing. It doesn’t matter how much power they have, the colour of their skin or their ethnicity – they all participate in the give and take that is the incestuous world of music.

Creation should never be confused with cultural appropriation, but there is a deeper issue at play here. Mr. Vegas’s attitude toward Drake is a symptom of his frustration with how dancehall is treated in the big markets of America, Canada and Europe. He’s correct in questioning why some non-Jamaican artists have had far greater success performing reggae or dancehall than many singers and MCs from the land of the music’s birth. But that framing of the issue has its own problems. For instance, what about Jamaican dancehall artists who have been successful in those markets? Shabba Ranks was a major international star in the early ‘90s. There was Shaggy, then Beenie Man in the late nineties. Patra, Lady Saw and Tanya Stephens all had their moments, while Sean Paul and Damien Marley have enjoyed significant international profiles. Mavado and Vybz Kartel have had an important presence beyond Jamaica’s shores, while the next wave looks to be led by Popcaan and neo-roots reggae man Chronixx.

In his video rant, Vegas described Drake’s affinity to dancehall as having to do with how it is hot right now. But its history suggests it’s been hot for a long time, especially in Canada. Drake’s attraction to dancehall doesn’t come from just listening to Jamaican artists based in the Caribbean. When Drake was a rookie MC developing his craft in Toronto during the early 2000s, it would have been impossible for him not to be aware that Toronto hip-hop developed in a creative partnership with dancehall. That style of hip-hop became the language not just of rap artists with Jamaican heritage, but those with family ties in various other Caribbean locations and Guyana, a nation with strong Caribbean cultural connections. They include Michie Mee, Maestro, Dream Warriors, Ghetto Concept, Motion, Saukretes, k-os and Kardinal. Today, Tory Lanez and Tasha the Amazon are among a new generation continuing that tradition, with Lanez even releasing his own version of “Controlla” that brings the song even more into its dancehall roots.

The image of Jamaican success in the arts and in sports is not of some cap-in-hand, hunched-back individual looking for a hand out. It’s Bob Marley and Marcia Griffiths in roots reggae; Shabba Ranks and Lady Saw in dancehall; Usain Bolt and Veronica Campbell-Brown in track athletics; Marlon James and Claudia Rankine in literature; and yes, the sounds of dancehall permeating the charts this summer. They stand upright, proud and fearless, transporting themselves to important international accomplishments and global stardom. Injustices and cultural appropriation exist. As the current generation of recording artists negotiates those obstacles, the history of successes and victories and of music cross-pollination and creative borrowing must inform their journey.

Klive Walker is a music historian, author and cultural critic.

Source: CBC Music | Dancehall: the sound of Summer ’16 has always been hot