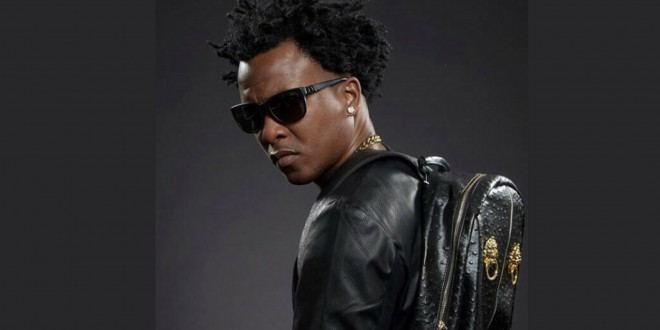 Charly Black is truly one of the hardest working artists in Dancehall. His moves are subtle, yet giant in impact. And while many were sleeping, the super talent has quickly been making Summer 2016 his best one yet. Adding to his growing list of accolades, the popular deejay dropped the anthem-worthy song “Anything Me Say” on July 29, which has the Internet raving. Produced by DJ Blaze Worldwide for Fiyah Blaze Productions, the fun party tune boasts the makings of a hit and serves as a perfect follow up to his Billboard smash “Gyal You a Party Animal.”“Anything Me Say” captured the attention of the masses in the weeks leading up to it’s release. From the unveiling of it’s animated cover to the pulsating audio snippets that inundated social media, the tune has wowed Dancehall music fans. “Anything Me Say” can be streamed and/or purchased on all leading digital outlets.

“I envision big things for ‘Anything Me Say’…everyone who hears the record wants to instantly dance,” says producer DJ Blaze Worldwide. “Charly Black is the perfect artist to take this tune to another level….I see ‘Anything Me Say’ having a long life in this industry, which easily sees thousands of songs released each week.”

It’s been a red-hot summer for Charly Black to say the least, chock-full with a stellar performance at Reggae Sumfest and major showings on Billboard’s Dance and Electronic Charts over the past several weeks for the hit “Gyal You a Party Animal.” Add in new music releases, worldwide tours and a media campaign to the mix and it’s clear that Charly Black is proving himself as a force to be reckoned with.

Without a doubt, the new song “Anything Me Say” will make it’s mark and rival the attention of hot tunes from Charly Black like “Gyal You a Party Animal” and “Whine and Kotch.” Producer DJ Blaze Worldwide is also enjoying a great summer with the release of the steamy Crawba Geniuss-directed video for his song “Love,” performed by Erup and Faydra. The producer also gained cred earlier this year for Raytid’s “Dutty Shake” and Demarco’s “Bubble Time.”

Source: Charly Black looks to Hit again with ‘Anything Me Say’ |