Thousands gathered for the annual event over the weekend 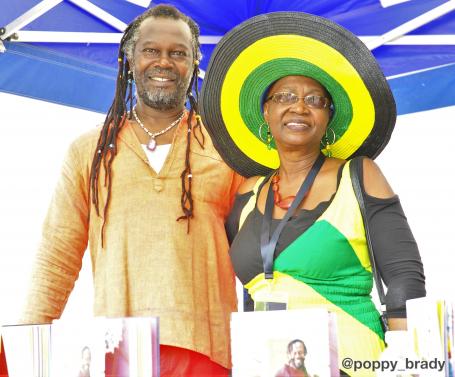 BIRMINGHAM’S CARIBBEAN Food Festival provided the perfect party of food, music and culture that united more than 40,000 people over three days at a trouble-free event.

Organizers spoke of their pride that the sixth annual event, which has grown steadily each year, bringing families together from across the UK to enjoy the unique flavor of Caribbean culture.

Topping the bill was celebrity chef Levi Roots, who left his apron behind to wow the crowds with his music as he took center stage in Centenary Square in the heart of the city center.

Levi Roots fans Noah and Martha Kasonso, from Rugby with their dad Eric, were winners of his food quiz and won tickets to the festival after-party. Aged eight and six, Noah and Martha were a bit too young to party, so Levi replaced their prize with one of his CDs. 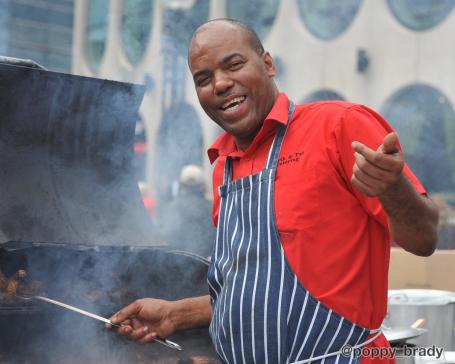 COOKING UP A STORM: Paul Martin cooking up chicken on the Garth & Pat Catering stall

Local artists too shared the stage including the city’s own Miss Culture Jam, aka Ita Gooden with her own unique brand of poetry.

The festival, which is the charitable arm of the West Midlands Trading Alliance, is run entirely by a dedicated team of volunteers, headed by director Chester Morrison.

Joan Blaney, CBE, one of the festival directors, who announced publicly that this will be her last festival, told The Voice: “The event attracted people from all over the country and I think it was the best festival yet. 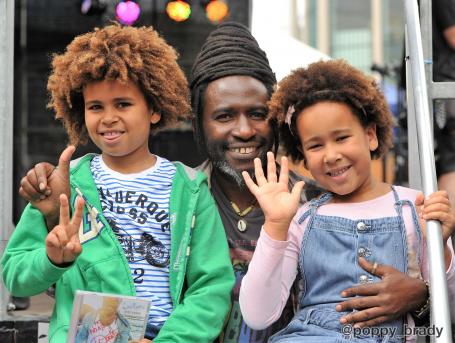 FAMILY FUN: Eric Kasonso with his children Noah and Martha

“It was a fantastic opportunity to be involved in something that celebrated our culture, our food and our music – all the things that bring us together, not separate us.

“And we’re also proud of the fact that there was not one spot of trouble during the three days. I want to thank the many. Many people who gave of their time to support us. There are too many to mention, but I must publicly thank Miss Culture Jam, aka Ita Gooden, Nateba Scott and Rudi Clarke who were among the unsung heroes who worked so hard.”

Source: Caribbean Food Festival is the pride of Birmingham | The Voice Online