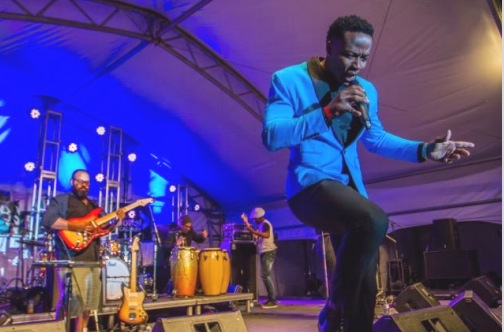 After heavy rain put a damper on last year’s show, promoters of the annual Calgary Reggae Festival were uncertain there would be a 2016 staging.

The show’s 13th renewal took place August 18-20 at Millennium Park. According to Leo Cripps, a co-founder of the event, outstanding performances by a strong cast made it arguably their best year.

“The fact that we had a festival this year was extremely special because it shows the resiliency of the organisation. That we could lower our ticket costs and give away hundreds of free tickets was amazing,” Cripps told Splash. “Attracting the acts that we had on this year’s festival and presenting them, even though we were financially challenged, was by far very, very special.”

Glen Washington, Anthony Cruz, Warrior King and Toronto-based Razor B were the main attractions. All delivered in a big way, Cripps reported.

“Our theme this year was ‘Uniting Cultures with Reggae Music’. We wanted to expose our festival to people of other cultures [because] we recently had a huge influx of refugees and newcomers to our city,” he explained. “We decided to give complimentary tickets to organisations that support and assist newcomers. We felt we broke new ground by reconnecting with our community through our generous gestures.”

The Portland-born Cripps has lived in Calgary for over 25 years. He has played a major role in developing the city’s reggae scene.