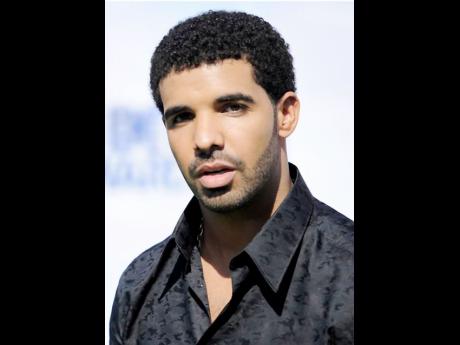 Dancehall and reggae have experienced an international resurgence as, over the past few years, more of the sounds originating from Jamaica have been making their way into mainstream media overseas.

Among those songs by overseas performers hitting the charts are MAGIC!’s RUDE (2014), Justin Bieber’s Sorry (2015), Rihanna’s Work in February this year and, more recently, Drake’s Contralla (April) and Cheap Thrills (Sia, along with Sean Paul).

Renowned deejay Orville ‘Shaggy’ Burrell attributes this to more international acts putting out dancehall and reggae inspired music. In an interview with ABC radio last week, the Grammy Award winning entertainer said dancehall and reggae music are currently growing in popularity because artistes such as Drake, Sia and Rihanna have thrust them back into the spotlight.

Shaggy believes that when these hip-hop and R&B artistes do reggae and dancehall music more young people are exposed to the genres. “If it’s on a mainstream [hit] like Drake or Rihanna, then they’re introduced to it. They (young people) at least say ‘oh wow, I like this sound’,” Shaggy said.

He pointed out that the local acts can use the exposure to boost their own careers. “Sean Paul being on a Sia record or being on a MAGIC! record, that’s him piggybacking on these guys who are pop artists and it’s a smart way to do it,” Shaggy said.

Publicist Keona Williams, who has worked with Elephant Man, Etana and Spice, believes the resurgence coincides with a specific Jamaican song. “Shaggy is right. I’ve noticed this since OMI’s Cheerleader made the song of the summer last year,” she said. “Sean Paul and Sia’s song is on like every five minutes now. Fifth Harmony’s version of Cobra’s Flex, Rihanna, Drake – it’s really startling how suddenly we are hearing so much Jamaican music on the American airwaves. And it’s not only the music; it’s also the dance and fashion in the videos,” she said.

Williams believes that previously dancehall and reggae were struggling to make it onto overseas radio stations and hopes that Jamaican acts will, as Shaggy said, piggy-back on this exposure.

Music industry veteran Neil Robertson also believes Jamaican artistes should find some way to capitalise on the surge. He believes, however, that if they are to be successful the standard of material they present to the international market must be raised.

“Dancehall hasn’t been this mainstream since the 1990s. The challenge is it’s the biggest pop artistes like Justin Bieber, Rihanna and Drake using the sound who are making it happen. When Rihanna, Bieber and Drake all hit with songs that have a dancehall feel, that makes other pop producers and artistes go in that direction. I look at it as an opportunity for Jamaican creatives,” he said.

However, Robertson said, “my main issue with our artistes and the work they put out is subject matter of the songs. You have to broaden the subjects and get more creative with the lyrics.”