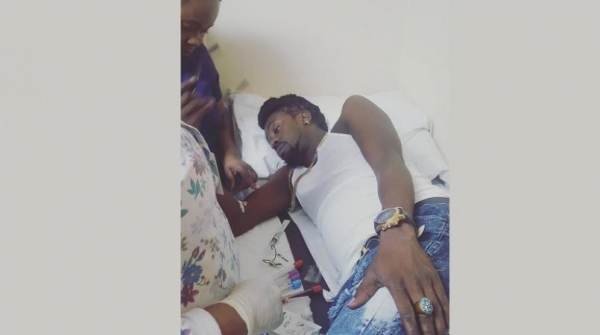 Dancehall superstar Beenie Man famously caught dengue fever in 1999, and over the weekend, he had a welcome mat out for the latest mosquito-driven disease, Zika.
He missed two shows as a result of the disease, but his upcoming Japan tour appears to be safe – for now. Over the weekend, the dancehall icon posted a photo to social media showing him flat on his back in bed being tested for the virus which is now sweeping Florida, after conquering Central and South America, and several countries in the Caribbean.

“Beenie Man is almost 80 per cent OK right now. He is almost fully recovered, he missed a show in Seychelles because the government says the population is too small to allow him there, but he will be OK to go to Japan on August 9th,” Blue Smith, Beenie Man’s manager, said.

“The same Zika mosquito gi mi dengue.  Blood test, injections, pills. Wi a hol firm still. Selassie a guide I n I right through so once mi have life me a give thanks. #Unstoppable”

Beenie Man was one of the headlining acts on this year’s OVO Fest along with Machel Montano on  July 30th , but had to cancel after being denied entry into Canada.