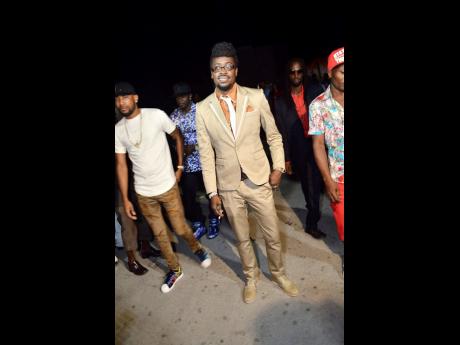 Beenie Man, whose rivalry with Bounty Killer dates back as far as 1992, told The Weekend STAR that featuring the legendary entertainer on his album was a big deal to show fans that there has always been mutual respect between the two who collaborate on the song Blue Light, produced by Tristan Palmer Jr.

“We had recorded a song before. Bounty is my deejay and I am his deejay. It was a simple thing because if two man a war for 20 years and no fist never throw, Its easy for me to go to him and ‘wah gwaan’, and its easy for him to come to me and sey ‘yow wah gwaan’. There is no animosity and no violence. It was just a verbal war,” he said.

Unstoppable carries a remarkable 22 songs. “This is a hot album. The international companies were shelving us in favour of the international artistes, so I decided to come back to Jamaica and build my fan base, so it took me 10 years to make this album. But it must not be said that it took 10 years to come up with the song because me make more than 10 albums since then, if we were talking about songs, but just to get everything right took 10 years,” Beenie said. “I will be releasing the album on Vinyl, CD and online because they still buy vinyl in Japan and CDs in England … I have not changed music. This is same Beenie Man. Same like how Usain Bolt never change, we a give them the same formula over the years.”