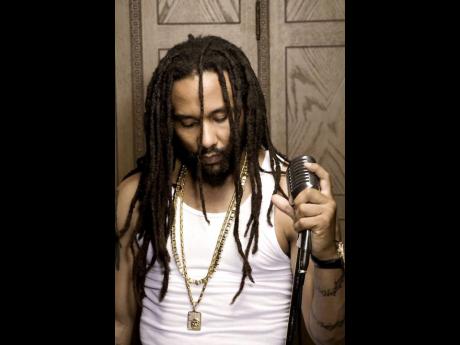 A brand-new reggae festival is about to be staged on Jamaican shores that will at the outset feature acts that can only be considered reggae royalty. From the likes of Ky-Mani Marley to Lee ‘Scratch’ Perry, the roots of arguably the most hypnotic of genres will be on show when the High Vibes Roots and Reggae Festival cranks up at the Aqueduct in Montego Bay on September 3 and 4.

“We plan to create this as an annual event that celebrates aspects of Jamaica’s rich and vibrant music and cultural heritage,” said Douglas Gordon of High Vibes Jamaica, who is putting this unique affair together with an aim to bring visitors to Jamaica outside the peak season of tourist arrivals.

“We selected the US/Canadian Labour Day holiday weekend to afford us the opportunity to create something that over time will drive visitors and arrivals to Jamaica at a time when occupancy is traditionally low. The concept is to really put together a musical tribute that both celebrates and pays homage to Jamaica and offers a world-class production and entertainment experience to all our patrons.”

What it will also do is give patrons a closer look at the artistes who are at the foundation of Jamaica’s celebrated musical culture.

“We are hoping that Jamaicans will embrace our concept as a way to celebrate their musical heritage. The festival component will allow us to incorporate other aspects of Jamaica’s culture and give our patrons a really broad and fulsome cultural experience at High Vibes,” Gordon said. “We have put special thought into the food, craft vendors and experiential components of this festival. We are working to incorporate a Rastafarian Village that will allow guests to learn and experience the Rastafarian culture in a way that is engaging, informative and entertaining.”

Lee ‘Scratch’ Perry is one of the pioneers of dub music and has produced for artistes like Junior Byles, The Heptones, Max Romeo, and Bob Marley and the Wailers. The 80-year-old musical maestro, known for his innovative musical techniques, won a Grammy for Best Reggae Album in 2003 and the following year was named as one of the greatest artistes of all time by Rolling Stone Magazine.

Ky-Mani is the son of the King of Reggae. The reggae and rap artiste has also carved his niche as an actor starring in the 2002 cult classic, Shottas. He will bring his musical skill set to the event in a performance not seen often on Jamaican soil.

“We’re excited to have reggae music royalty on our stage at the High Vibes Roots and Reggae Festival. Ky-Mani embodies the image that we are trying to bring across to our patrons. We strive on positivity, and Ky-Mani is the perfect candidate,” Gordon said.

Rick Ross, one of rap’s biggest names, has also been added to the line-up, and according to Gordon, this did not happen by chance.

“A tremendous amount of time and effort went into determining the acts for the show. Of course, with any venture of this nature, you have to walk the line that speaks to cultural relevance and authenticity by ensuring it has the popular and recognised performers who will attract a wide patronage,” he said.

“I am truly honoured to be part of the team that is able to bring this cross section of artistes to Jamaica for this event. I believe that beyond the headliners, when our guests experience the wide range of musical talent, including the Emerging Reggae Artiste showcase, they will leave entertained and enriched for better appreciating the incredible musical talent that has been spawned directly and indirectly from Jamaica.”

He added that they wanted a show that paid homage to the rich history of Jamaican music; a mix of artistes who are world-class, who are respected and who brought something a little different to the table.

“We wanted to ensure that in the final analysis, our guests could walk away having been thoroughly entertained and that we could walk away knowing that we had credibly showcased and celebrated Jamaica’s musical heritage,” he said.

“As we went along and considered options, the idea to link everything back emerged, and we refined the criterion by which we made our shortlist and in the process refined our targets and went after those artists who would bring that authenticity by virtue of their catalogues and history to the festival line-up. I feel very proud of the line-up that our team has assembled – from Jamaican reggae artist Kassiano, based in Mexico, to New York based Subatomic Sound, to Ky-Mani Marley, Beenie Man, Lee Scratch Perry and Rick Ross, and feel strongly that it’s a line-up that will deliver a memorable evening,” he added.

Tickets have also been attractively priced at $3,500 to ensure that a wide cross section of Jamaica can have access to the entertainment package and feel like they got good value for money.

“We have included elements that we feel will make it interesting and take it beyond just another music event. We feel very strongly about the importance of the Emerging Reggae Artist, showcase to provide a platform for exposure to upcoming artist and the significance of the “Rastafarian Village,” he said. “We also have a VIP area that will provide an enhanced experience which is priced at $6,500. Beyond offering great value, I want to believe that this festival will succeed, because people will have an accessible opportunity to indulge their love and appreciation for good music and cultural exposure in Jamaica.”