Enjoy this new track from Aline Duran and Bunny Rugs.  Aline is a establised Brazilian singer and Bunny Rugs is the late lead singer of Third World.  It has just been announced that Bunny is to receive the Order of Distinction award (along with Gregory Isaacs) from the Jamaican government so it is a good time to celebrate this phenomenal singer. 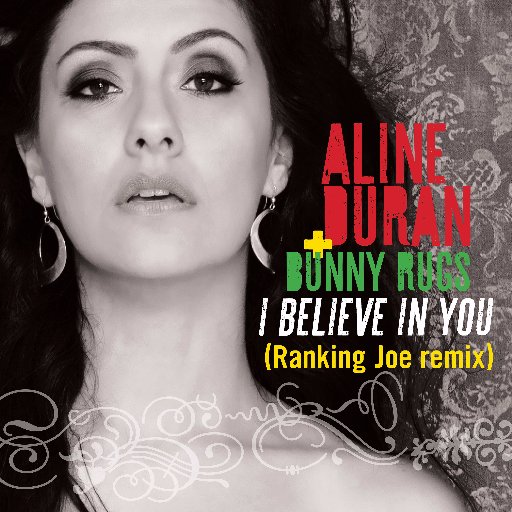 In a world where women are likened to empresses, one has to walk the line between open self-expression and mystery, between being alluring and remaining within one’s dignity, and above all else, being unflinching while maintaining a posture of vulnerability. Aline Duran is all this, and a whole lot more.

As a child in her native São Paulo, Brazil, Aline Duran grew up listening to Michael Jackson, Eric Clapton, Freddie Mercury and Janis Joplin, as well as Bob Marley and Jimmy Cliff. But by age 12, she had developed a passion for reggae after discovering Ini Kamoze, Third World, Shaggy, and Born Jamericans: artists who were pursuing a fusion of reggae, hip hop, soul and jazz. She began writing songs at age 15 as a way to express her thoughts and emotions, and sang in a band with her cousins, but did not take performing seriously until age 19 when she enrolled at the Christian School of Music, in addition to joining the USP Choir. When she was 21, she became a background vocalist in a reggae band, which further exposed her to the world of Jamaican music.

After a while she decided to leave the band to pursue a solo career, and began writing and producing the songs that would later become her debut album.

In 2004, she performed at various shows and cultural events in the city of Sao Paulo; most notably, the “Grito Cultural Reggae Festival,” which drew more than 80,000 people at Pacaembu Stadium. With her commanding stage presence, she began to gain ground in the music scene in South America. She represented Brazil in the “Dynamic Soundclash” in Argentina, an opportunity that earned her several trips subsequently to the country. In 2008, she released her debut album “Novo Dia” (Deckdisc), an authorial disc that is considered one of the great works of contemporary reggae in Brazil, and played music festivals, such as “Humaita Pra Peixe” in Rio de Janeiro, and “Gas Festival” in Sao Paulo. The following year (2009) she toured Brazil with reggae icons, Don Carlos and Apple Gabriel. The single, “É com você,” was played on the country’s major radio stations, and the video was aired on the main video outlets of Brazil, such as VH1, MTV, Multishow and MixTv. With her profile reaching a new level, the video was picked up in mid-2011 by MTVHive (EUA), MTVUk and MTVAsia. That same year, Aline released the single, “Sorrir pra mim,” and performed at “Virada Cultural 2011” in Sao Paulo with Mad Professor, and at the “Boarding Film Festival” in Argentina.

In 2012, she was invited by UOL to participate in a tribute to The Rolling Stones, and recorded her own version of “Love is Strong” from the album Voodoo Lounge. In 2013, she recorded the song, “Can’t Buy Me Love,” a duet with Andrew Tosh, which was featured alongside some of the leading international reggae artists on the album, “Tribute to the Beatles.” In 2014, her second album “Sente o Som” was released. It includes “I Believe in You,” a duet with Bunny Rugs, lead singer of the renowned band, Third World. Later that year, she won an award in “The Best of Reggae” as the best female artist by public vote, and was invited to act in the movie “Um Salve Doutor.” Her song “Bem-vindo à selva” was added to the soundtrack.

Performing with a complete band or with a sound system, Aline Duran transmit an energy that audiences identify with. Her vast musical influences range from Bob Marley, Black Uhuru, Damian Marley, Mad Lion to artists such as Lauryn Hill, Erykah Badu and Ella Fitzerald. Her versatility extends to her lyrics, which convey romanticism and conscious messages in a very personal way. This is evident in her expansive song interpretations where melodic and spoken vocals blend naturally. According to the singer herself: “The show is the moment where we give ourselves the most, and this energy ends up being more intense by the fact that there is this exchange with the people. It’s where the music becomes ours.”

Bunny Rugs, was born in Mandeville, Jamaica, and raised William Alexander Anthony Clarke, popularly known as on John’s Lane in Kingston. He began his musical career in 1964 when he was only sixteen with Charlie Hackett and the Souvenirs, the resident band at the Kittymat Club on Maxfield Avenue, before moving on in 1969 to lead an early line-up of Inner Circle. By 1971 he had relocated to New York, and was soon performing in the USA alongside singer, Ambelique, in Hugh Hendricks and The Buccaneers.

He remained with the band until 1974 before moving back to Jamaica to team up with I-Kong, then known as Ricky Storm, at Lee Perry’s Black Art studio in a short lived duo Bunny and Ricky. The duo recorded two songs, “Freedom Fighter” in 1974 and “Bushweed & Corntrash” in 1975, before Bunny returned to New York. He was singing with a band called Wild Bunch when he was invited by his bandmates to replace lead singer, Prilly Hamilton, in their fledgling band, Third World.

With Bunny at the helm, the band went on to release their seminal album, 96 Degrees in the Shade in 1977, and further to establish themselves as one of the most innovative reggae band in the world. 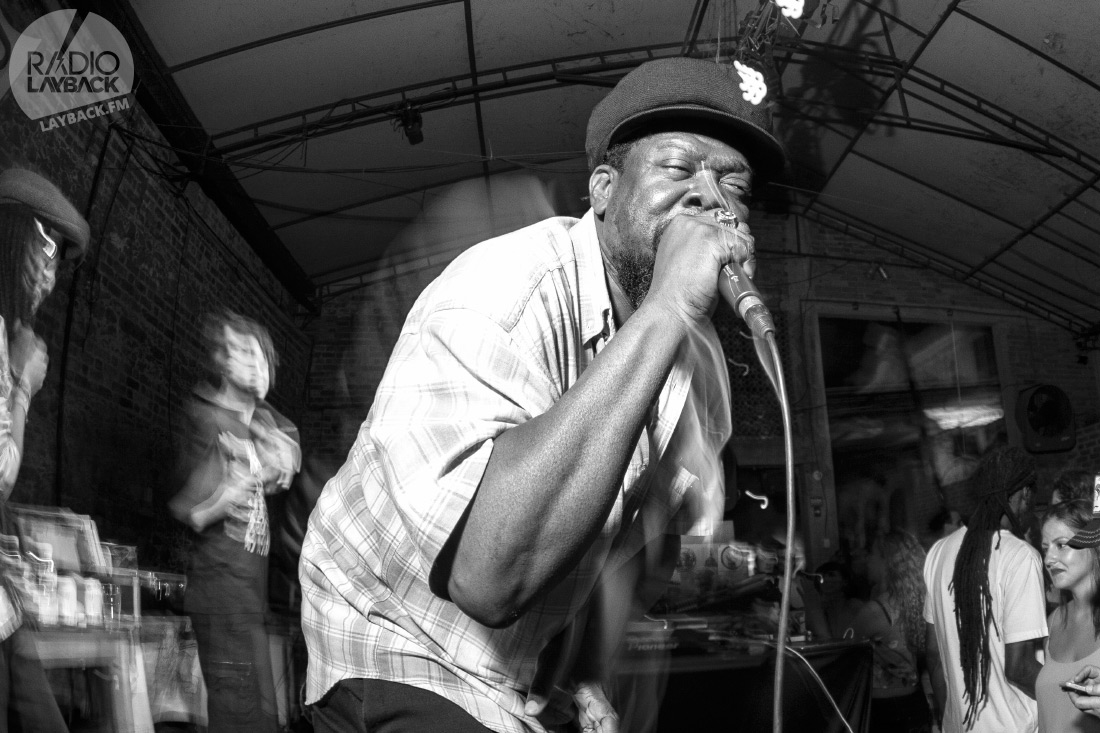 Ranking Joe began his recording career in the mid-’70s at the dawning of the reggae/dub movement under the tutelage of renowned producer Coxsone Dodd. His debut single, “Gun Court,” garnered enough attention that other producers quickly came calling. In the latter half of the 1970s he released three albums and became the resident deejay of U-Roy’s Sturgav sound system. It was during this time that he developed his trademark ‘bang dididi’ tongue twisting style. He toured the United Kingdom in 1980 with Ray Symbolic Hi Fi, and scored a major hit with Weakheart Fadeaway on Greensleeves Records. This cemented his reputation as one of the greatest toasters of the late seventies and early eighties. Today Ranking Joe is one of the most in-demand mic-men. His influence can be heard in the stylings of modern day deejays such as Beenie Man and Gappy Ranks.