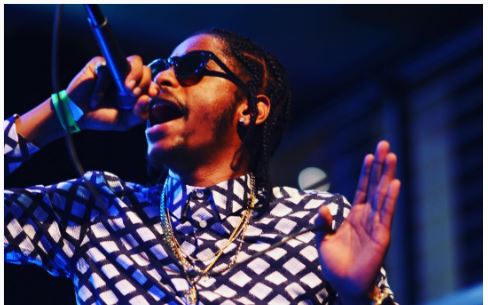 Summer 2016 has been nothing short of a whirlwind for Jamaican native, US Based recording artist Alandon. While the rising star’s music has been blazing the airwaves, Alandon recently completed a successful West Coast tour as the opening act for renowned Reggae star Tarrus Riley.Speaking on this honor, Alandon explained “Being the opening act on tour with Tarrus Riley for his Southern California run was very special. Tarrus is a legend and for me being out on the west coast for the first time was a great chance to touch all my fans out there. LA was great but the show at the Music Box is San Diego was up up, the crowd really was vibe with me. Also a great thing is that we brought Kemar Highcon along for the shows as well and the people really love his hit single “Oh Gosh” which we rocked out at every show ”

The young star delivered memorable performances from his numerous hits such as his latest “Movie”, “1980” and “Ganja Party” and had the crowd clamoring for more while acquiring new fans. No rest for the weary as Alandon headed straight to the studio to work on his upcoming EP, and is gearing up to release a new video.
https://youtu.be/qOegqeShGHo