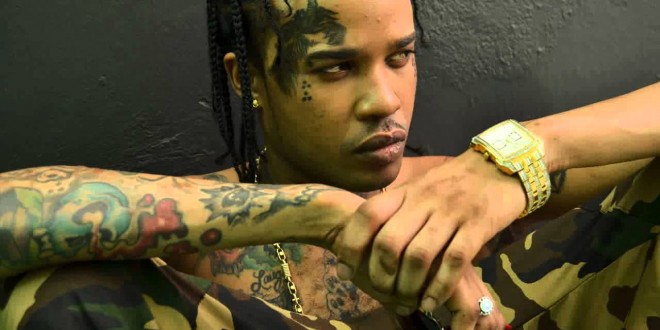 The big question that is being asked by Tommy Lee’s lawyer is. Would an artiste who has shows booked abroad, get involved in any form of crime when his career is on the rise? After he saw what is happening to Vibes Kartel. Why would he put his career at risk? But the police named Tommy Lee, or Leroy Russell as a person of interest and then they have not been saying anything more as yet. But there was a shooting on Saunders Avenue, Kingston 2.

The police would like it if Tommy Lee would go in for questioning. He is being asked to show up at the Elletson Road Police Station by tomorrow. But his lawyers have not been able to contact the detectives at the police station.

Mr. Smith his main lawyer insists however, that Tommy Lee knows nothing about the incident and he thinks it would have been better for the police to contact the artiste before they made this information public.

As Tommy Lee is at the height of his career, he has plans to go on tour in Europe, Africa and South America so this call has come at a very bad time. It is alleged that the Promoters have called, as they are wondering what is happening, if he will be able to travel after he has been questioned. But he is willing to meet with the police as soon as they respond to his lawyer.  His lawyer, Mr. Smith has been trying to figure out why the police did not contact the artiste because he has been very easy to find. And he would not have a problem with answering all questions asked by the police.

There were problems in Flankers which is close to Montego Bay before, there was a flare up of violence in the area and Tommy Lee was not allowed to perform at Reggae Sumfest that year as his name was linked to the problems in that area.

We continue to hope that this situation will be sorted out and Tommy Lee will be able to do his performances and continue to do well in his career. It is too sad to see Artistes getting held back because of crime in Jamaica. Because they should be helping other young people to do something productive in life. As there are not a lot of jobs for them to find and the music business can create a lot of jobs for them.