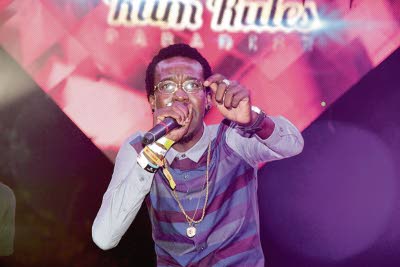 Following the success of Breadfruit and Get There, dancer-turned-singjay Chi Ching Ching has blazed into the summer with the jamming Elevate.Released in early June, Elevate is a collaboration with singjay Gabbi Don.In an interview with Splash, Chi Ching Ching said he is not surprised by Elevate’s success.“I never doubt anything that I do, so the success of this song is not a surprise. It has that feel-good mood to it and everyone likes to feel good.”Elevate is produced by TJ Records, an independent label out of South Florida that has had significant triumphs with Vybz Kartel.In addition to promoting the single, Chi Ching Ching is gearing up to release visuals for other new songs, Crick Neck and Kush In The AC.The wiry 33-year-old first made his name as a dancer. But he is also known for catchy slangs and dance songs including Breadfruit, Get There and Watch Di Wire.His approach to music, he notes, is spontaneous.