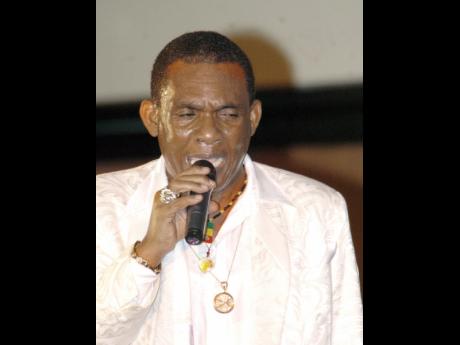 Another milestone in Jamaica’s popular music has been reached this year with the observance of the 50th anniversary since the emergence of the rocksteady beat – one of the principal genres of the island’s popular music, this in late 1966.

It was one of the most eventful years in Jamaica’s history with the inauguration of the Festival Song Competition, the visit of His Imperial Majesty Emperor Haile Selassie to the island on April 21, the emergence of Bob Marley and the Wailers as a powerful musical force, and Marley’s marriage to Alpharita Anderson – a move that started the now-famous Marley Empire.

As if to complement these activities, and in the midst of it all, rocksteady music was taking shape with several musicians experimenting with the existing ska beat. The general feeling was that a number of singers and musicians were becoming a bit uncomfortable with the frantic pace of ska and wanted to slow the beat down. Perhaps the earliest glimpse of this musical shift was Delroy Wilson’s Dancing Mood out of Studio 1. As the slowed-down, piano-driven rhythm, complemented by an exhilarating saxophone solo by Headley Bennett unfolds, Wilson can be heard singing:

I’m in a dancing mood.

When you feel the beat

You’ve got to move your feet

You’ve got to clap your hands

You’ve got all the soul deep

Cause you cant hide.”

There were several other recordings with a similar beat, foremost among them being Bob Andy’s I’ve Got to Go Back Home, while Delroy Wilson followed up with Riding for a Fall, Ungrateful Baby, and Impossible. Ken Boothe had The Train is Coming, I Don’t Want To See You Cry, and Don’t Cry Little Girl, utilising the same tempo, which I would label as ‘transitional ska’. The Gaylads joined the fray with Stop Making Love Beside Me, You’ll Never Leave Him, and No Good Girl, all having the Studio 1 trademark.

As the year came to a close, one couldn’t help but notice the gradual disappearance of the hard-driven horns that dominated ska and the ushering in of deeper bass lines, which gave us cuts like Girl I’ve got a Date by Alton Ellis, I’m the Toughest by Peter Tosh, I’m Gonna Take Over by The Ethiopians, and People Gonna Dance All Night by The Tartans.

Most musicologists, however, tend to agree that the most positive shift towards the creation of the rocksteady beat came with Hopeton Lewis’ recording of Take it Easy, in late 1966. Lewis has often been given the credit, but the Trinidadian-born guitar genius Lynn Taitt, who was associated with the song, played an even more pivotal role in helping to create the beat. While working with Federal Records at 220 Foreshore Road (now Marcus Garvey Drive) in late 1966, Taitt fortuitously came into contact with Lewis, who had an uptempo song he wanted to record. Taitt and his band – Lynn Taitt and the Jets – having been assigned backing duties, were on the verge of creating musical history when he gave a rundown on how the song came about:

“Hopeton Lewis came to the Federal Studios with a song called Take It Easy, and I find that the beat was too fast, so I told them, ‘Let’s do this one slow’, and as the music got slower, it had spaces. The slower music had more spaces to do something with, so I put a bass line and play guitar in unison with the bass and I get a bass line and the piano. Sometimes I strum, sometimes I play a bass line. That was the first slow song. Everything else had been ska,” Taitt emphasised.

At about the same time, Taitt was also assisting Roy Shirley to create the rocksteady gem Hold Them for producer Joe Gibbs. But unlike Lewis, Shirley knew exactly what he wanted to hear.

“I wanted to fulfil my bass line because it was a slow music, but every time I try to put a bass line over the song, it wouldn’t drop. One night in early 1966, I heard a Salvation Army band strumming up a beat along Orange Street, and same time, the drop beat of the tune I wanted came into my head,” Shirley told me in an interview. He insisted that it was the first time the ‘drop beat’ (later known as One Drop) was included in Jamaica’s popular music, and indeed, it became the cornerstone of the rocksteady beat.

Rocksteady, in turn, holds pride of place as being not only the precursor to reggae, but the rock on which reggae music was built, and as such, has to be considered an important cog in this musical wheel of fortune that became reggae.

It took just a few adjustments to the rhythm and pace of rocksteady, the inclusion of an organ or guitar shuffle, a flavouring of traditional mento, and a touch of R&B to do the trick.

In a broad sense, rocksteady was built around the ‘one drop’ drum beat, which was characterised by a heavy accent on the second and fourth beat of every bar, played by the bass drum and the snare.

Slim Smith, Ken Boothe, Derrick Morgan, and Glen Adams, performing as The Uniques before Jimmy Riley and Lloyd Charmers came along, recorded the foundation piece – People’s Rock Steady – which producer Bunny Lee claims was the first rocksteady song. Other artistes and songs that have helped to lay the rocksteady foundation are Girl I’ve Got A Date, Cry Tough, and Get Ready To Do Rocksteady by Alton Ellis; Tougher Than Tough by Derrick Morgan; and Desmond Dekker and The Aces’ 007 Shanty Town.

Having its accompanying dance move, rocksteady music, which rocked dancehalls from late 1966 with its rhythmically engrossing and melodically sweet rhythms, gave way to the more popular reggae beat by the turn of the decade. By the mid-1970s, reggae became Jamaica’s most celebrated and popular music genre.