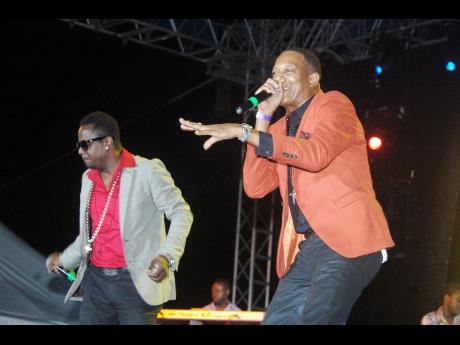 Canadian rapper Drake might be under fire from American rapper Joe Budden, who released two songs aimed at the rapper this week. However, the Back to Back rapper continues to reap success on US charts, with his One Dance single still sitting at number one on the Billboard Hot 100 and his Views album holding the number one position on the Billboard 200 albums chart.

Views, which features samples from Beenie Man, Popcaan, Serani and Mavado, has broken the record for the longest hip hop album to hold the number one spot. This record was previously held by American rapper Eminem. Sean Paul and Sia continue to hold the number six spot on the Billboard Hot 100 with Cheap Thrills. In contrast, former Brick and Lace member, Nyla, fell to number 83 this week with the single Light It Up.

The US dancehall wave has also shifted in the direction of veteran dancehall duo Tanto Metro and Devonte this week, with their single Everyone Falls in Love, getting new life from a Tory Lanez sample in the single Luv. Lanez’s Luv single currently sits at number 96 on the Hot 100 chart after only one week.

Meanwhile, on the Billboard Reggae chart, Ky-Mani Marley and Gentleman debuted at number four this week with their collaborative album titled Conversations.

Zoo QuizzesTake the U.S. Presidents Quiz! How Much Do You Know?Zoo Quizzes