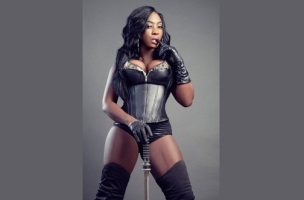 Appleton Special Dream Weekend, the annual summer party series, starts on July 28 until August 1 in the beach resort town of Negril. Today, associate sponsors Jamaica Observer publishes the second in a series of articles on the event.

High-riding dancehall artiste Spice has a tight schedule this summer. She has gigs in New York, Boston and Connecticut. However, among her many bookings is the Dream Live Concert on July 28 in Negril.

The Dream Live Concert is the opener for the highly anticipated Appleton Special Dream Weekend party series scheduled for July 28 to August 1.

Spice is no stranger to the series. She has wowed audience with her performances for the last two years in a row and, according to her, “this year is no different”. She is promising a “wicked set”.

“I have a lot of new songs which some of the fans will be hearing for the first time. I will be performing alongside my Team Spice dancers, which the Dream Weekend audience will see for the first time,” she told the Jamaica Observer.

Among the new songs that Spice will be performing are Indicator, Clean and Panda Remix.

“As expected, it’s gonna be a very high-energy set. The fans will hear me rapping for the first time. Me a go just buss the place. That is why I am called the “Stage Show Boss”, because I always bring it,” she said.