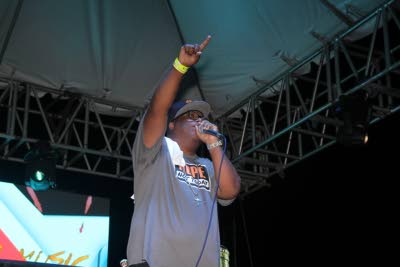 It was another home run for the organisers of Reggae Sumfest’s Sound Explosion held at Pier 1 in Montego Bay, St James, on Thursday night.

The Jamaica Observer caught up with Johnny Gourzong, COO of Summerfest Promotion — festival organisers, who said it was another successful Sumfest staging.

“Sound System Explosion is a new event added to the Reggae Sumfest line-up and we’re pleased what we’re seeing,” he told the Observer.

“The event was well attended by a mixture of visitors and locals,” he continued.

Meanwhile, the event saw each sound system getting 30 minutes’ play, then it was reduced to 20, then 15.

Stone Love Movements wooed the audience with its vast collection of vintage dubs to current. At the end of their set, patrons begged for more. Firelinks, who the mantle was passed to, kept the momentum going with an electrifying set.

Some patrons, however, expressed disapointment that the event was not a clash, but mere juggling.