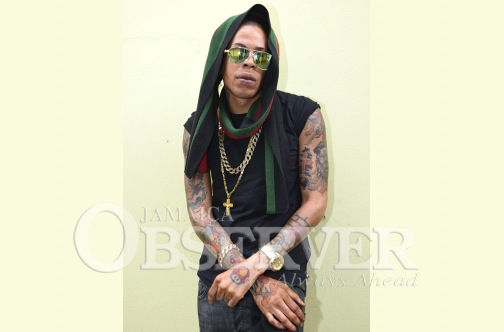 Dancehall singjay Savage said he has tried his hands several times at a nine-to-five. However, the Grant’s Pen resident said his true passion is music.

His gamble is paying off with his hit single Culu Culu.

“Although it was released last year, it still a mash up road. I always do every song to the best of my ability knowing that any one can be big. But I didn’t know that this was going to be the one,” he told Splash.

Produced by Corneilus Records, Culu Culu is track favourite among the females.

“I’m all for the females so my performances are always energetic. I always put on a show, so whether it is dancing with the ladies, jumping off stage, coming on stage with a mattress or in a gown or turban… it’s all about entertainment,” said the former member of Mavado’s Gully Squad.

According to the singjay, the song helped in booking him gigs in the United States, Trinidad and Tobago and St Marteen.

“I am marketing myself now as an artiste and this image is working for me. I never pay any mind to negative criticism as everyone has their own lives to live. A lot of persons are bleaching; they just have different terms for it,” he said.

Savage (whose given name is Simon Daley) is a past student of St Andrew Technical High School.