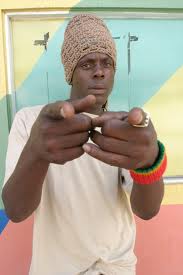 Friday, June 24 saw the inaugural staging of Riddim-Don Magazine’s Unplugged held at Mingles Nightclub in the Bronx. The event drew out a fair-sized crowd and those who came out did not regret as Richie Spice set about the business of pleasing his fans.

Song after song, he gave them their money’s worth as he went through his repertoire sometimes rapping with them, other times taking them down memory lane as he touched on some of his songs of yesteryear such as Grooving My Girl and Earth A Run Red.

He then made his way to later releases all the time maintaining the connection with his fans.

If there was one cloud on the horizon that prevented the night from ending on a sweet note is the promise that was not fulfilled of Richie Spice getting “one on one” time with his fans. Instead his time was monopolized by the media which used the opportunity to get their questions in – denying his fans that chance.

Promoter of the event Adrian ‘Donsome’ Hanson in apologizing, said for the next Unplugged event which will be seeing Bugle in action on Friday, July 29 he will ensure that the mistake will not be repeated.

‘We are taking the decision to bar the media and even if they come it will be as observer…fans will be given priorities in getting up close and personal to the artiste…after all they are the reason for all of this,” he said.