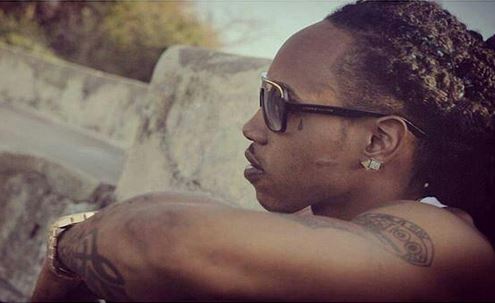 Since storming on to the dancehall scene last year with his hit single “Blahdaff”, Raytid has found yet another promising hit for the “Caribbean Girls”. The song which is featured on True Gift Entertainment’s “Tropical Punch” rhythm is already a favorite in small islands such as The British Virgin Islands, St.Lucia, Guyana and Trinidad.

The rhythm and the song are a fusion of dancehall and soca which gives it a tropical vibe, fit for any event. According to Raytid, he came up with the idea for the song while in Tortola, BVI earlier this year. ” I did some Caribbean shows and while in the different countries, I realized they all have one thing in common; they love the soca/ dancehall/ tropical sounding music”.

Caribbean Girls is about a Jamaican man who went to Tortola and met a Dominican girl at a party with whom he’s interested in. “It is played mostly at soca parties and I have been getting a great feedback from many islands especially St.Lucia”. The song is currently at number six on St.Lucian radio Unity Fm’s top ten dancehall. The Tropical Punch rhythm also features top artistes such as Demarco, Vybz Kartel, Spice, I Octane, Pamputae and Razor B.

Raytid is also promoting the single Holiday Again which is a collaboration with himself and Demarco featuring Bravo Ravers and other tracks such as: Prove Yuself, Wine and Go Dung, Even Though You Gone and Fifty Shades of White. Keep up with Raytid by following him on social media @iamraytid and subscribe to RaytidVEVO channel to see his videos.