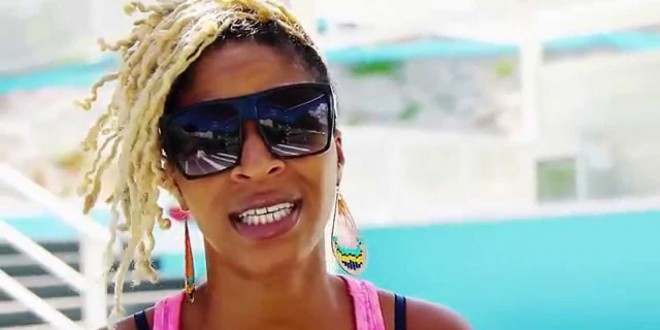 On July 22nd and 23rd, 2016 the 24th staging of Reggae Sumfest dubbed “The Greatest Reggae Show on Earth” will take place in Montego Bay, Jamaica and multi-media personality Diva Nikki Z will be on hand to bring us LIVE backstage entertainment, artists interviews, highlights and more.

The Diva will be hosting the first of it’s kind CELEB 360 Cam and bring Sumfest backstage action to the world as this year’s event will be streamed LIVE free for all via the 360° Surround Video. Having hosted some of the biggest stage shows worldwide, Nikki Z admits to be excited and humbled at this new opportunity; “It was a big surprise when Mr Bogdonavich called me and requested that I cover the live stream. I appreciate the respect he has for my work ethic and plan on making the live stream fun, interactive and exciting. To my fans worldwide and all entertainment sites this stream will be offered free of charge, so make sure you don’t miss the action” stated the Diva.

If you can’t make it to Jamaica’s premier Festival, Downsound Entertainment Production is bringing the action to you with two types of Video Streams from the show. An interactive 360° Surround Video Live Stream, and a traditional broadcast stream.

The 360° Surround Video Live Stream of Reggae Sumfest is unique, even within the emerging world of VR (virtual reality) and 360° Video. Viewers on the all devices when they view the stream will see a “ Navigation Bar “ along the bottom of their screen. This “ Navigation Bar “ will have selections in text labeled, “ Stage / Front Row / Partycam / Backstage “ . Each of these is “ clickable ” to a different Camera view presenting a 360° field of view. “ Stage “ is a camera actually on the stage where the viewer will feel like they are in the band and part of the show…close up…and able to rotate their field of view a full 360° from this camera postion, and all the others. “ Front Row “ is up front close to the stage, again with a fully controllable 360° viewer controlled field of view. “ Partycam “ is a roving mobile camera position seeking out the best party and dance action at the festival . “ Backstage “ is a camera position backstage with artist interviews, artist meet and greets, background festival information and stories, and highlights of Reggae Sumfest events during the festival week.

Nikki Z who has recently signed on with Brownstone Ent is looking forward to not only hosting the live stream but she will once again be an official host of the renowned Welcome To Jamrock Cruise this upcoming November 2016. Catch the Diva Monday to Thursday 5am – 9am on Jamaica’s New Favorite Morning Show! Rise & Blaze on FAME 95FM.

Go to ReggaeSumfest.com for ticket information and more information on Live Streams, and to Download Apple and Googl Play Apps for Mobile Viewing