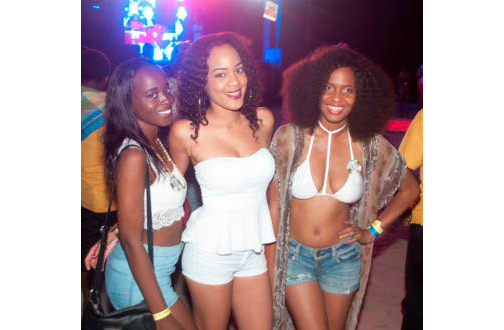 Appleton Special Dream Weekend, the annual summer party series, runs from July 28 until August 1 in the beach resort town of Negril. Today, associate sponsors Jamaica Observer publishes its fourth in a series of articles on the event.

The recent inaugural Montego Bay leg of the Appleton Special Dream Weekend launch was a hit, despite the heavy showers that drenched the resort town.

The party vibe inside the Tropical Bliss Beach Club was unaffected, with some patrons opting to party in the rain instead of seeking shelter.

Scott Dunn, MD of Dream Entertainment, event organisers, said he was pleased with the turnout.

“Montego Bay is one of our biggest markets for Dream Weekend. This is the first time we’re having a launch in the tourist capital… we’re just showing MoBay the love and respect it deserves. All of Montego Bay came and it was a nice, little cooler party,” Dunn told Jamaica Observer.

The Kingston launch of the event took place in June.

The white sand beach, which was earlier transformed into a sea of coloured lights for both stage and party area, provided the perfect backdrop for the hundreds of patrons.

After the showers, even more patrons made their way in, with fully stocked coolers.

Appleton Dream Weekend 2016 is slated for July 28 to August 1 in Negril.