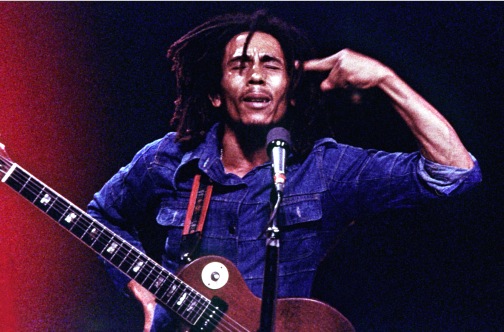 REGGAE King Bob Marley has garnered another accolade, 35 years after his death. In commemoration of 60 years of existence, the United Kingdom's Official Albums Chart has compiled its top 60 best-selling albums of all time in Britain. Marley's Legend, released in 1984 by Island Records, has captured the number 16 slot.

This is not the first such recognition for this popular compilation project by the late reggae act. Widely regarded as the best-selling reggae album, with more than 15 million copies sold in the United States and an estimated 25 million sold globally, Rolling Stone magazine in 2003 named

Legend among the 500 Greatest Albums of All Time, placing it at number 46.

The album contains tracks which have become anthems for Marley.

Among the works on the 14-track set are: Is This Love; No Woman, No Cry; Could You Be Loved; Three Little Birds; Get Up Stand Up; Exodus; Jamming; and Redemption Song.

The ‘60 at 60' list also forms the centrepiece of an in-store retail campaign, which sees Official Charts team up with the three major record labels and outlets including Sainsbury's, Tesco, Asda, Amazon and Morrisons to promote and sell some of the UK's biggest-selling albums this summer.

Topping the all-time best sellers list is Queen's 1981 Greatest Hits, which stands alone as the first and only album to have sold more than six million copies in the UK (6.1 million sales to date). Queen's Greatest Hits II also makes it into the top 10 at number 10, with almost four million albums sold.

Commenting on this list, Official Charts Chief Executive Martin Talbot said: “In celebration of 60 years of the UK's Official Album Chart, it is fantastic that we can crown Queen as the kings of the Anniversary Top 60.”

There are no other Jamaican or Caribbean acts on this list of 60.