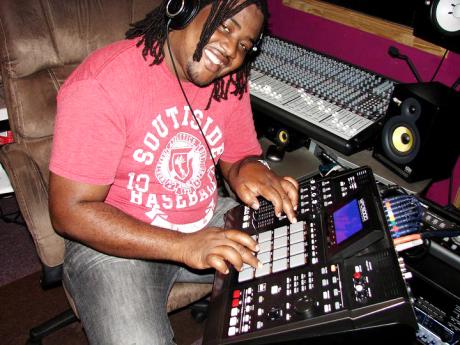 The song, which is scheduled for release on July 22, will be the official reggae remix of
the mega hit.

McGregor, who is the president of FM Records, LLC, told THE STAR that he had been working on the project before the
iconic singer passed away.

“I grew up listening to this song Purple Rain, and I always wanted to do a cover version in reggae. So before Prince died, I was actually working on the beat for the song, and I was looking for a real good singer,” he said.

“That’s like one of the most popular songs in the world, so it was easy to transform that song into a reggae song. What was difficult was finding the right singer.”

The task proved difficult for McGregor until he heard the vocals of recording artiste, Ayron Michael. According to
the platinum producer, the minute he heard Michael’s voice, he knew he was the right artiste to bring the song to life.

“I was looking for an artiste with passion to record Purple Rain. He was very easy to work with, and he is one of the most talented young artistes I’ve come
across and I’ve worked with a lot of major artistes. I know he’s going to be a superstar,” he said.

McGregor also explained that getting permission to use Prince’s song was a fairly easy process.

“When I first put the song up for free order, we got a copyright order from Prince’s estate saying we weren’t authorised to do the song, so I went and applied for permission to use it which was very easy,” he said.

“It’s not complicated these days to get permission to use a song, you just have to know the right administration or publisher to go to get these clearances.”

Prince, a legendary singer-songwriter, died of a drug overdose at his Paisley Park home in Minnesota in April. He was 57.