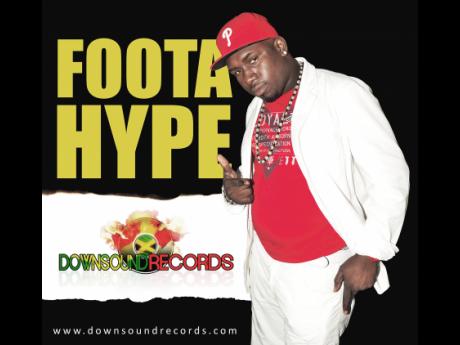 Following reports that some international music selling-streaming companies have refused to conduct business in Jamaica due to the USTR 301 Watch (United States Trade Representative), which has raised concerns about piracy in Jamaica, popular selector/producer Foota Hype says he believes local companies that benefit from the sales of Jamaican music should expand their businesses to provide those services on an international platform.

Since the vinyl industry has died locally, Foota Hype believes the Jamaican industry cannot afford to lag behind where online sales are concerned.

“It’s for people like Hapilos and Tads to expand and get to that level. The little man dem weh a produce and sing one and two songs can’t afford to do that. We have three million people in Jamaica. So, if our local people like VP, Hapilos and Tads can build their own streaming companies, and if the sales are recognised internationally, I don’t see why we can’t sell even 100,000 records in Jamaica alone,” he said.

In a press release posted on the USTR website, the body stated that the ultimate goal is to prevent outsiders from ripping off US innovators.

“Intellectual property is a critical source of economic growth and high-quality jobs for the United States, and it is more important than ever to prevent foreign governments and competitors from ripping off United States innovators who are trying to support high-paying jobs by exporting their goods and services to consumers around the world,” the release read.

However, Foota Hype believes the USTR is more concerned about preventing developing countries from having easy access.

“It’s not even like we can’t set up our own international shops for our music. But they have made it an uphill task for us. They want US address to do this and to do that, so it boils down to the same thing,” he told THE STAR.

The STAR recently spoke with VP Records’ David Dias, regional sales manager at VP in Miami, and he said there has been a 75 per cent decline in the streaming and downloading of reggae music.

“Reggae music has spread to other categories of cultures, like reggae alternative, white groups doing reggae music, and Jamaica not coming out with a lot of good music,” he said, adding that VP Records is already making steps to capitalise on streaming platforms.

However, 21st Hapilos Digital Distribution’s ‘frontman’, Johnny Wonder, told THE STAR that Jamaicans would have to develop a habit of buying music before a major business decision is taken, as creating Jamaica’s own online music store would be a major investment.