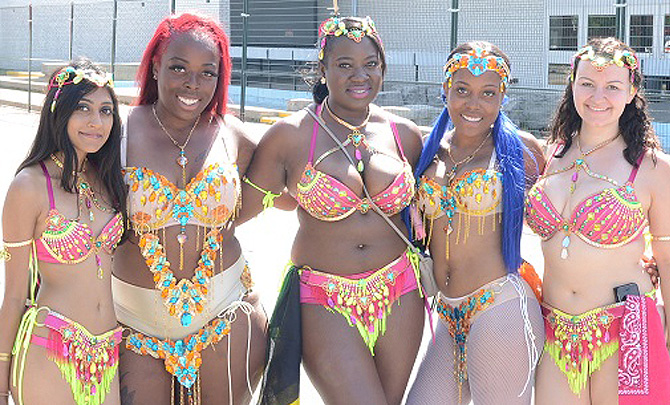 This year’s festival, themed “Turn up the Heat”, will focus on a renaissance of Caribbean culture and traditions. Arts in the Caribbean have always reflected the socio-political climate of the times. Today’s artists are looking at past aesthetics and musical movements to keep the vibe alive and to inspire and re-energize new voices and new traditions. Island Soul is a multi-day, inter-generational long weekend of music, dance, visual arts, food, film, fashion and family fun.

The four-day festival will feature a variety of talented musicians, including Canadian reggae/jazz saxophonist, Isax Injah; Jamaica-born, Brampton resident, Exco Levi, the first recipient and four-time winner of the Juno Reggae Recording of the Year Award; NU-Live, a Toronto-based Haitian konpa band; the Silhouettes Steel Pan Orchestra, Jamaican dub artist, Jah9 and much more. Yaadcore, the artist at the centre of Jamaica’s reggae revival, will perform at the Island Soul Afterparty.

The event will also feature Caribbean Faces’ not-your-average-face-painting courtesy of Trinidadian artist, Christopher Pinheiro and a mini mas’ camp, which will culminate in a parade on the final day of the festival.

Two films will also be screened at the festival. Forward Home, a 50-minute documentary shot in nine countries revealing the economic power of the Caribbean Diaspora as travelers and entrepreneurs around the world; and Queen Nanny: Legendary Maroon Chieftainess, a documentary that sheds light on Queen Nanny of the Jamaican Maroons – one of the most celebrated but least recognized figures in the history of resistance in the New World.

The festival will also feature FKZO Idol, an amateur singing competition for boys and girls of all ages, presented in association with Festival Kompa Zouk Ontario. Oware, one of Africa’s most popular board games, will be played during the festival.

In addition, a Visual Arts Exhibition assembled by Curator Edwige Pierre illustrating the colourful history and culture of the Creole will be on display throughout the festival at the Marilyn Brewer Community Space.

Calypso Stars, Canada’s premiere calypso and soca performers, will close the festival with their annual flagship concert celebrating the power of Calypso to educate and entertain while learning about the past and the future. Calypso Stars is presented in association with the Organization of Calypso Performing Artistes.

Throughout the festival, the World Café will be turning out delicious food inspired by Island Soul and the Lakeview Market will feature vendors from all over the city.

Island Soul will be presented at Harbourfront Centre, 235 Queens Quay West, from Friday, July 29 to Monday, August 1. Admission for all events is free with the exception of the Island Soul Afterparty featuring Yaadcore.