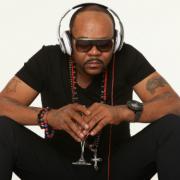 The burly artiste’s Blaze Entertainment Records inc will market the 13-song project, which he said “is definitely not your ordinary dancehall album”.

It contains the hit Bloodc….e Song (aka Bad Boy Song), which was released last year, and his latest,

“I have quite a few singles to drop from the album and videos for all of them, so definitely know that I’m going hard because its my first album, so it has to be big. Billboard and Grammy big,” he declared.

To promote Evolve — The Uprise, Future Fambo is scheduled to start a month-long tour of the United States on July 23. That trek will be followed by shows in Canada and Germany.