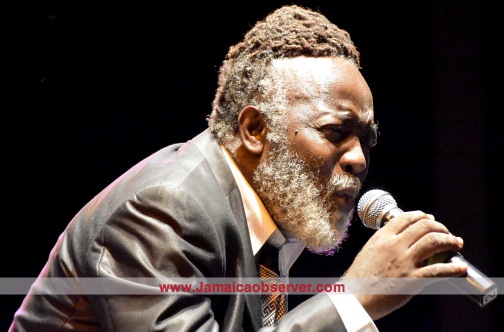 FREDDIE McGregor joins an elite club of reggae artistes over age 50 who have made the Top 10 of the Billboard Reggae Album Chart.

The 60-year-old McGregor joins an elite list that includes Lee ‘Scratch’ Perry, Maxi Priest, Marcia Griffiths and Beres Hammond, who have made the Top 10 over age 50.

Perry, who is 80, has made the chart four times. He last charted at number five in 2014 with Back On The Controls.

Griffiths, who turns 67 in November, has one top 10 album to her credit. 2012’s Marcia Griffiths & Friends reached number nine.

The number one album on ‘Billboard Reggae’ is still Falling Into Place by Rebelution.

Awakening by Trinidadian soca star Olatunji debuts at number nine, while Hotting Up by Iration slips to number eight.

The VP Records compilation, Soca Gold, is at number seven, while number six is Vybz Kartel’s King Of The Dancehall.

Debuting at number five is Sowflo with Such is Life, while the compilation Reggae Sun Jammin falls to number four. Ziggy Marley’s self-titled album falls to number three, and Stick Figure’s Set in Stone is up to number two.