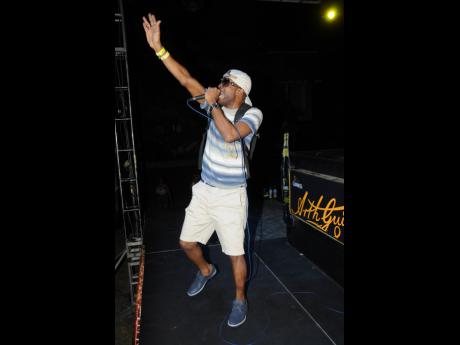 Fire Links was arguably the best crowd-pleaser at the inaugural staging of Sumfest’s Sound Explosion on Thursday night.

Hundreds of music fans had descended on the lawn of Pier One in Montego Bay, St James, as the island’s top selectors showed off their dancehall and reggae collection to a sea of local and foreign party rockers.

In addition to Fire Links who rocked the crowd, Tony Matterhorn and Pieces gave stellar performances.

‘Sumfesters’ were in full party mode as they trickled in during the early stages on the third night of the world-renowned music festival.

By midnight, the venue was abuzz with excitement, and all heads turned to centre stage as the life of the party – the sound system selectors – were ready to get the crowd in a raving mood.

After a thrilling warm-up by Ikel Marvelus and Flabba Dabba (Team Shella), the headlining selectors were each given a 30-minute spotlight to perform before returning later in the night for an encore.

The 30-plus-year veteran selector Sky Juice and the Metromedia kicked off the show with some gospel before mixing in some timeless reggae hits, including Buju Banton’s Destiny.

Black Kat and Stone Love touched the hearts of fans by juggling some of the best reggae hits.

But although partygoers left the venue in a dancing mood as the clocked approached 4 a.m., some were a little disappointed that the event did not feature a clash among the sound systems.

“In the latter part of the show, I expected that the top two sounds would clash, but overall it was a well-put-together quality event that was definitely worth the money,” said one patron, Terrain ‘Fusion’ Williams.