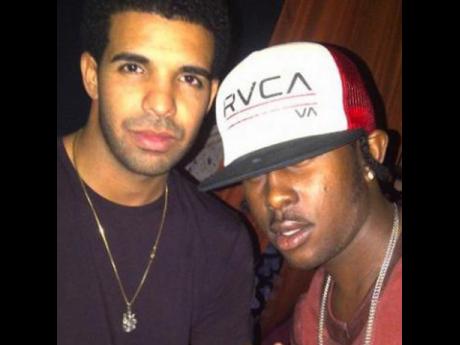 One cannot deny that there seems to be a real friendship between dancehall artiste Popcaan and rapper Drake.

The two even collaborated on a single which sparked controversy, resulting in Popcaan warning off his country man, Mr Vegas telling him to leave his ‘brother’ Drake alone.

And on the day Popcaan celebrates his birthday, Drake took to Instagram to share a heartfelt tribute.

In light of the birthday celebrations, Popcaan launched his own brand of emojis.

Among these is a woman holding a bible, believed to be his mother, a Christian woman, Miss Rhona. Another image bore a stark resemblance of his sister, Annalecia Sutherland.