The reggae singer on finding his calling at an early age, and the competition that catapulted him to stardom 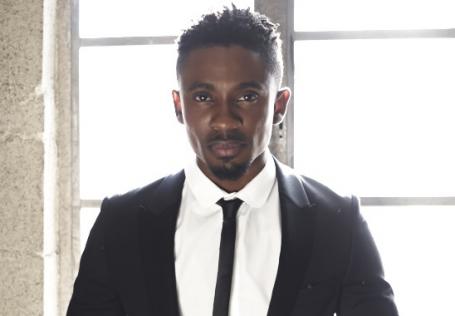 Back in 2005, the Jamaican singer won the reality TV competition after showing off his vocal prowess and demonstrating his star quality.

Over a decade later, the 29-year-old has established himself as one of the most promising and professional acts emerging from the ever-evolving reggae scene.

With hits including Take My Wings and Under the Influence under his belt; a starring role in the 2014 film, Destiny; and a reputation for delivering solid live performances, Martin embodies the swagger and stage presence of the modern reggae artist.

“I love where reggae is today,” Martin says, enthusiastically. “I feel like I’m one of those artists who is spearheading changes in the genre. People look forward to seeing me do a live show because they know that it will be of a high standard. So I think the genre is in a very good place right now.”

Recently in the UK on a promo run, Martin, who is gearing up for the release of his new album, says 2016 has treated him well so far.

“It’s been a very productive year. If I were to complain, I’d be ungrateful. I’ve travelled extensively, and I went to the Motherland again, which was wonderful. I did a European tour with my entire band and that was successful. And my album comes out later this year. So it’s been a wonderful 2016.”

With the upcoming album titled Big Deal, does Martin feel like the title reflects his own status as an artist?

“Yeah man, at all times,” he laughs. “Once you have life, it’s big deal business.” 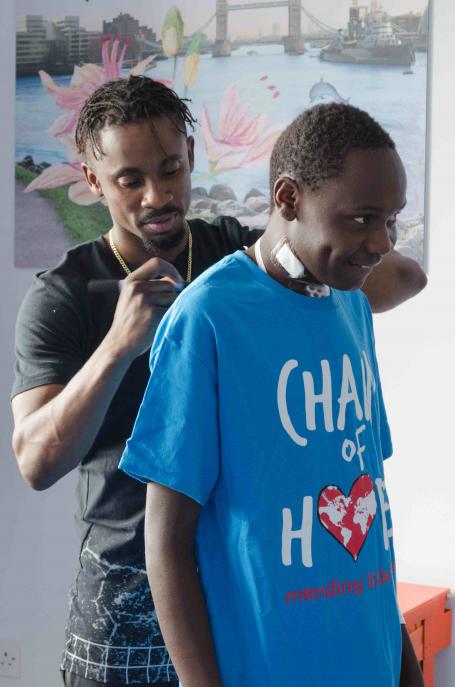 YOUNG FAN: The reggae star signed a t-shirt for 18-year-old heart surgery patient Derrick, when the pair met in the UK

Hailing from the Jamaican parish of St. Catherine, Martin’s love for music blossomed throughout his childhood.

Keen to become a professional recording artist, Martin entered the Rising Stars talent contest at the age of 18, allowing TV audiences throughout Jamaica to see and hear his talent.

After winning the prestigious contest, Martin went on to confirm that he was, indeed, a rising star, racking up performances throughout Africa, the Caribbean, America and Europe, gaining fans throughout the world in the process.

Is it safe to assume Martin considers Rising Stars as his big break?

“Oh, absolutely,” he confirms. “It’s been almost 11 years since I won and that experience really changed my life dramatically. When I look back at where I was then compared to where I am now, I realise what a blessing it was to win.

“There’s often a stigma with talent shows that when an artist wins, they’ll be around for a year or two and then they’ll fade away. But I’m still here, still going strong and that’s a blessing.

Reflecting on what he’s learned about himself since winning the contest, he says: “I’ve realised that this is really what I was born to do. A lot of people go through life without finding what they truly love to do. I feel grateful that the Almighty blessed me from an early age with what I feel I was born to do. My music has impacted so many lives and that’s why I take so much pride in my work and in my craft.”

Whilst in the UK, Martin also demonstrated his philanthropic side when he teamed up with charity, Chain of Hope.

Providing life-saving heart operations to children and young people in Africa and the Caribbean, the charity has done extensive work in Jamaica, gathering medical teams from leading cardiac hospitals in the UK, USA and Europe to take their expertise to the island and treat sick children.

During his UK trip, Martin had the opportunity to learn more about the charity’s work and also met with 18-year-old Derrick, who suffers from heart disease. Chain of Hope brought the Kenyan-born teenager to the UK to undergo open heart surgery. After a successful operation, Derrick, who is a big fan of Martin’s music, was thrilled to meet the reggae star – and Martin was equally pleased to meet the young patient.

“Meeting Derrick was great – he’s such a nice young man,” Martin enthused. “He was so strong throughout his surgery and that really showed me the importance of making the most of life and being grateful for what you have.”

Martin certainly exudes gratitude and he believes the secret to his success is a true passion for his craft.

“I genuinely love what I do and I do it with a free heart and a free spirit,” he says. “I don’t put a lot of expectations on my music, I just keep the standards high.

“Some people do music for the perks and for the financial gain and I think when you have that approach, you can get frustrated easily. I do what I do because I love it and I live it.”

Source: Christopher Martin: The star that keeps on rising | The Voice Online