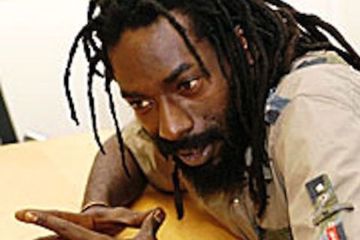 Reggae star Buju Banton is planning to drop a new studio album in 2019.

Most of the songs on the Jamaican singjay’s forthcoming album were reportedly written throughout his drug-related prison term in Florida, according to a source.

“Buju is a cognizant person. Despite being incarcerated, he is quite resilient and has been scripting powerful lyrics of new material which will be on his new album slated after his release,” the source told Hype Life Magazine exclusively.

Production work on the upcoming album will be done by Buju Banton himself along with close friends and family. A release date or title is not yet known for the new project.

This new studio album would mark Buju’s 13th in his over two decades as a mainstream artist.

His last album was Before The Dawn, released in 2010, featured singles such as “Innocent,” “Battered and Bruised” as well as “Do Good.” The album won the self-professed ‘Gargamel’ his first Grammy Award for Best Reggae Album in February 2011, just days before his conviction on three drug-related charges about a 2009 incident in Florida.

Several singles have been released from Buju Banton since his incarceration, including Lose Your Love, Set Up The Mic and Inna Half, the latter two singles produced by his son, Markus Myrie.

Buju Banton, whose real name is Mark Myrie, is currently serving a 10-year prison sentence in a Florida prison for drug trafficking.

Four months later, he was sentenced to ten years and one month in a federal prison for the cocaine trafficking conviction.

His sentencing on the firearms conviction was scheduled for 30 October in 2012, but was postponed on his lawyer’s request for an investigation of possible juror misconduct. On 14 May in 2015, federal prosecutors agreed to drop the firearms charges.

He is scheduled to be released in December 2018.