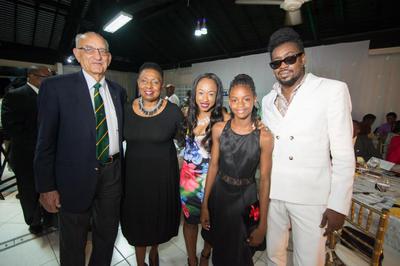 Dancehall Artiste Beenie Man, is now on board as an official sponsor of the Jamaica Amateur Gymnastics Association.

The artiste will underwrite the cost to produce the Olympic gears for Jamaica’s first Olympic Gymnast, Toni-Ann Williams and will be the official sponsor for 11-year old Asasia Malcolm, a junior gymnast, for the next four years.

Beenie Man’s sponsorship for Malcolm begins this month as she prepares to travel to Virginia for an intense 6-week programme as part of her preparations for the 2020 Olympics.