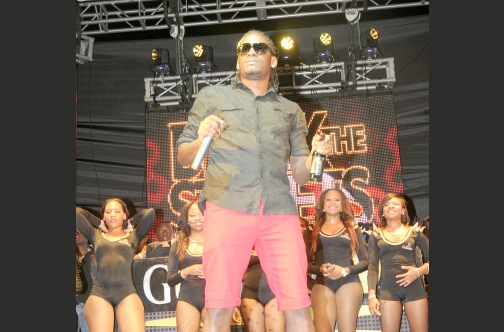 Dancehall act Aidonia is upbeat ahead of his July 23 gig at the Amazura Night Club in Queens, New York City. The event dubbed The Return, will see the deejay doing his first concert on the North American continent in more than six years.

He recently returned to the island after a two-week promotional blitz along the US East Coast with stops in New Jersey and the New York Tri-State Area.

“Firstly, I have to give thanks to the respective authorities for the reissuance of my visa … with this in place, we are now able to tap into new markets and connect to wider audiences, because as entertainers we know how important it is to stay connected to the fans not just through social media but also having a physical presence in those spaces, hence this current campaign… and it’s a known fact that the US is one of the biggest consumers of our genre of music,” he said.

“Come July 23, we are going to treat the fans inside Amazura Night Club to a musical feast because they have been waiting patiently for this day and it has finally arrived,” he continued.

Meanwhile, Aidonia has been working assiduously in the studios and continues to ride high with the singles No Man To Mi Spliff, Hey Yo, and Rude Bwoy Ting.