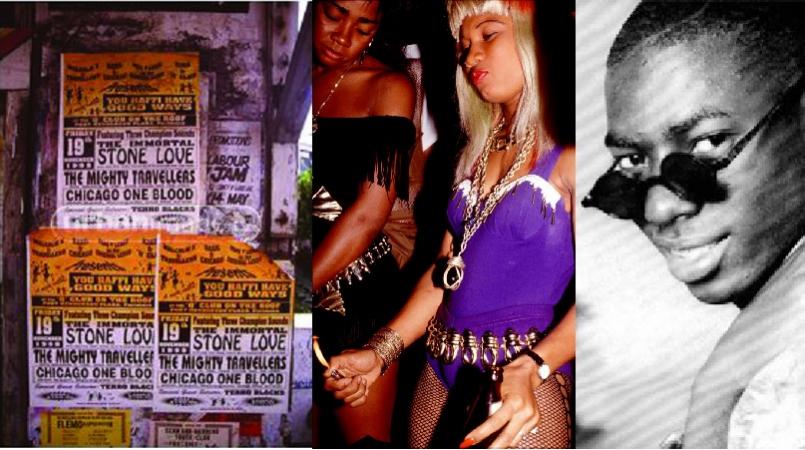 It is amazing how many of Jamaica’s iconic deejays, fashion, ‘talks’ and ‘riddims’ emerged from that era, which arguably represented the heights of dancehall. Clubbing in the 90s drove those elements of the dancehall culture.

Here are some fond and not so fond memories of clubbing in the 1990s.

1. We have to remember the Cactus Nightclub. It was rocking in the 90s – all who were important left the Corporate Area and other cities in the nights and flocked to Portmore, St Catherine to imbibe and party at what was the first major nightclub in Jamaica.

2. On Tuesdays, Mirage at the Sovereign Centre was the place to be. It was regarded as an ‘uptown club’ but it was clubbing at its best. It heralded the rise of dancehall icon Bounty Killer, and also kept Little Lenny, Tanto Metro and Beenie Man at the forefront of the entertainment business.

3. Then there was Asylum. All and sundry, including entertainers and sports personalities, flocked to Knutsford Boulevard to enjoy the vibe.

4. The shooting in House of Leo: One Saturday night in the 1990s, the Stone Love, Metro Media and Inner City sound systems were in full swing. The good vibe was suddenly shattered when loud explosions rang out. A man lay bleeding on the floor while others were seen hastily leaving the venue. It was the culmination of a gang war from West Kingston. The man eventually died as patrons scampered for cover.

5. TheTropics Club in New Kingston was also a popular haunt. At the time there was a feared cop known as Keith ‘Trinity’ Gardner. He was known as a no nonsense man. Gardner led his troops to the club and carried out a raid. One man, who seemed to be the son of the gentry, was not pleased and made his opinion known in no uncertain terms. Gardner silenced him and the raid went on undisturbed.

6. Tiger steals the show. DJ Tiger made an impromptu performance at the Harbour View roundabout where the Inner City Sound System had its regular Sunday Night stint and stole the show. Full of energy, Tiger bounded and pounced his way along the Palisadoes Strip much to the delight of the hundreds of patrons on hand.

7. Buju rises. He was a slim, pea-shaped head youngster when his first hit Browning made headlines. But Buju Banton was the toast of the early 1990s. One Thursday night, he entered the House of Leo venue with Wayne Wonder and the Mad House Crew in tow and tore the venue apart. That was the start of a career that has spanned almost two decades.

8. Gun salute at House of Leo: “Oil up all a di gun dem” – Shabba Ranks is one of Jamaica’s best deejays and his ode to the gangster lifestyle, Copper Shot, was a dancehall staple. It was evident that the criminal element and some cops were in agreement with his lyrics aftershots rang out for a prolonged period after selector Sky Juice played the single inside the popular House of Leo venue. There seemed to be no end to the gun salutes and the night eventually ended after cops raided the venue and detained dozens of persons.

9. The birth of Rae Town: Rae Town is known for its classy Sunday night Oldies sessions and it was in the 90s that the session began. Persons from all walks of life converged on the inner city community to have their fill of vintage Jamaican music, seafood and other fare. To this day there has been no oldies session to compare to Rae Town .