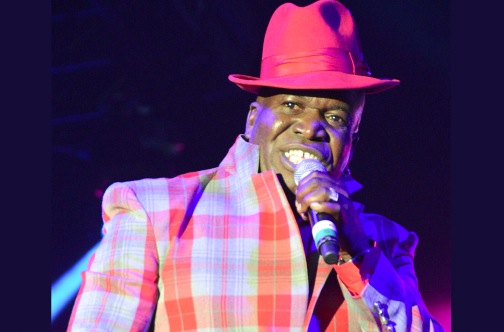 IN a 37-year career, Barrington Levy has headlined many a show. The latest will be Reggae Sumfest on July 23, at Catherine Hall Entertainment Complex in Montego Bay.Nominated this year for a Best Reggae Album Grammy for Acousticalevy, he returns to Sumfest after a three-year break.“God bless my fans, on the night of the show, you will see what happens. I am asking the fans to come with the good vibes, the happy vibes. Walk with your tape and leave your machete, walk with your queen and leave your machine. Keep it clean, seen,” said Levy.Three years ago, Levy stole the show with an energetic, one-hour set. Next month, he will once again be backed by his California-based band, Detour Posse.Levy is still promoting Acousticalevy which features unplugged versions of some of his biggest hits.He is working closely with keyboardist/producer Handel Tucker on a new album which will be released in 2017. He will also release a new single called G S O A T.Levy, Sanchez and Tarrus Riley are among the big names on the closing night of Sumfest which is held this year under the theme, ‘Our Music, Our Festival’.Organisers have changed the format of the show, with an all-star Jamaican line-up over two days.